Suggestion: Add The Bridge Mini Game on Hive. Reasons: This is a really fun Mini Game to play on Hypixel Java. I think a lot of people would like this mini game since me and my friends love the bridge. It will be pretty cool if it was on Bedrock Hive!

The bridge can bring new players on the hive and it will make the community more happy since there will be more of a duels game on the hive.

I feel like if the hive does this then it’ll be more like they were copying Hypixel. The hive likes to be original so I don’t think this would work anyways.

Noahjcraftrdke, they can have there own cosmetic items and all servers can make their own survival games but different cosmetics because different servers can have the same gamemode. which in my opinion makes things more fun.

I believe that The Bridge minigame was invented on Hypixel so I think that would be more like copying then actually making their own original game.

I feel like bridges would fit better in an arcade mode

As @Noahjcraftrdke mentioned, the Hive’s likes to be original and it would be considered copying Hypixel if this was added.
Before you start asking more things, the Hive does some little modifications so it is original instead of a copy.

(also, a little off-topic but:
Java and Bedrock are not the same
and Hive is not Hypixel)

Even though, yes, hypixel did invent skywars (or was the people who made it big) its gotten so popular that alot of servers do it, the bridge is a bit more niche and would be kinda difficult to make unique for sure

I really like this mode(am a bridges diamond 5) but I don’t see this coming to the hive. It would be great if it did, though(although I wouldn’t be able to play it)

the Lunar network actually added Bridges, it was done pretty uniquely (harder to reach goals, less goals needed to win) and I believe the hive could do this as well.

and off topic(istg if this gets flagged for this), but I think I recognise you from bridges. Do you mind telling me your java username? never mind i’m thinking of a different bubbly clover

I wouldn’t be against it for sure, but I don’t think hive is too keen on adding a game that only has 2 people in a match (or 8 if it 4v4), it would be cool, but yeah.

Your team has five “hearts”. When anyone scores on you, you lose a heart. When your team scores, you gain a heart. Once you lose all your hearts, you are eliminated. There is also a deathmatch where you cannot gain anymore hearts.

What the hive should do (if they even ever add this) is to use the regular scoring system. First to 10 goals wins.

They could alo add kits, powerups like jump boost or speed you can get for like 5 seconds mid game. that would help differentiate the hive from hypixel. they could also add cosmetics you can unlock as you level up and play more.

hey!
Cluld you please edit the post to tell what the game is because some or many people don’t really have Java version of Minecraft. 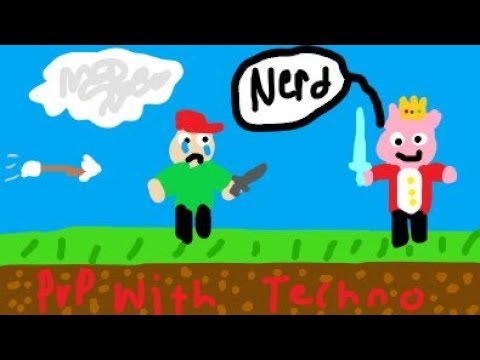 Yeah, hopefully bridges is added as one of the swarm duels

I think cubecraft has it now, it’s pretty fun.

Yeah but we aren’t Hypixel

I think cubecraft has it now, it’s pretty fun.

@Conhadda Yeah they do if I remember correctly

I think bridge would be a good game for playing with the swarm system. If it was just a normal game on the hive I would think it to be going off other servers and I like how the hive is unique and takes time and effort on its games.