We all know, fire swords are stupid op. No counter to them, you just have to wait for your fire to run out. What if we added water buckets? This could completely null the damage of fire because water puts out fire.
Now my second idea. Lava buckets (or flint and steel) are another way to get someone on fire, but they can also be stupid op. Lava does significantly more damage than fire, so how about adding a limit to how long it lasts? If you place a lava bucket, it disappears after 2-4 secs. This makes it not too op and adds another way to put someone else on fire (but can also easily be countered with water)

edit after like 7 months: If this idea is to be added, here’s how it should be implemented. In normal chests at mid, chests in your base, and gold ore, you have a 10-25 percent chance of getting a water/lava bucket (this chance is debatable, also depending on whether its lava or water). Maybe 25 percent chance for water and 20 percent chance for lava? This makes gold more “high risk - high reward” rather than “haha get get mediocre loot and a boombox half the time.

Water could be used to clutch if you’re called, but I agree cause it would be crazy luck to actually place water. So yes to water and lava

I feel like creating obsidian would be too over-powered.

Water yes lava no. I would use water to clutch to deny fall damage

yeah i wanna obby trap someone

but fr now, water bucks would be good, but no lava cuz of the obby traps

I bet lava could collide with water and nothing will happen.

I was just thinking about making a topic on this lol. Take my vote

just have to wait for your fire to run out. 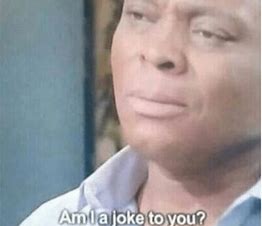 If they’re gonna make it create obsidian, diamond pickaxes should be back in the game

This would also be interesting for different kinds of traps O.o

I can just see a steve making an nether portal lol

No need to add flint and steel because there’s already fire charge. Adding lava bucket would make the game imbalanced. And you can obby trap someone but they won’t suffocate. Instead, they will get kicked by anticheat. Because there’s anticheat if you’re inside a block. The anticheat will think you have invincibility hacks. Lava bucket not a choice

I bet lava could collide with water and nothing will happen.

Also the anticheat should be improved, we shouldn’t be prevented from having features in it because of poor coding.

I don’t understand what you mean? On hypixel trapping is one of the things that make skywars great! If you don’t like the classic obsidian trap then just do not fall for it