What is Toppling Towers?

A minigame concept designed for Mixed Arcade.
A player stands upon each of the islands - once the clock starts it will be the first player to build vertically to the win-zone. If the time ends, players can also win by physically having the highest tower. Players can use arrows and boomboxes to reduce the height of the opponents tower. If a player falls off their tower, the towers height will also be reduced.

Now let’s go into the specifics of the game!

The player must have entered the win-zone, or own the highest tower when the clock runs-out to win the game. The win-zone is a horizontal layer high within the map. The height of the win-zone could potentially be altered in Custom Servers.

Players will start with 8 arrows, a bow and 20 blocks.

Players gain an arrow within there inventory every 4 seconds. Arrows can be shot at the opponents tower blocks. Arrows cannot be consecutively fired as low-powered shots will not break blocks.

Blocks can be gained by breaking blocks of the opponents tower. They are used to build up your tower. Blocks can only be placed upon permitted blocks on the players own tower. There are different types of blocks.

Boomboxes are uncommonly gained by breaking opponents blocks. They can be thrown at an opponents tower to cause a specific impact.
There are different types of boomboxes. 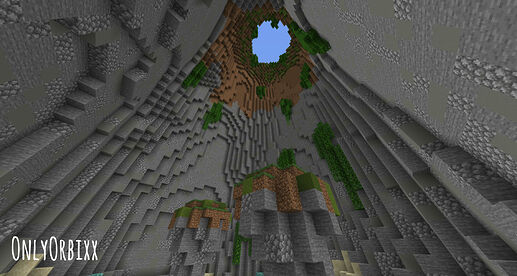 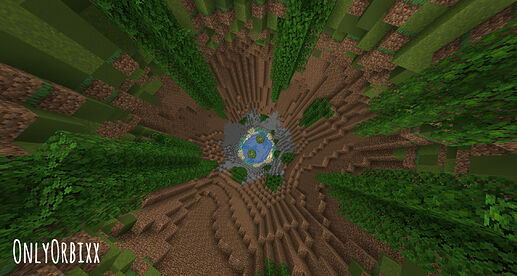 Thankyou for reading! If you have any feedback or ideas, I would love to hear them!

I’d really like this, I really love knocking people off and I’ve played a similar version to this game before and its really fun. Would love for this too get added. Also nice builds for the maps.

Love the idea!
Would like the idea of some obstacles (maybe like bars going from one side to another) and traps (perhaps shulker boxes litered around the map or even kb tnt explosions)

orbi got some basic design ideas…

I used WorldEdit to create the map - it really wasn’t very difficult bearing in mind I generally know how to use it efficiently.

It’s just a lot of /br sphere commands and //mask.

I would more rather it be fast paced gameplay. I can’t really see a need for friendly breaks, although if you have any ideas let me know :o
As for blocks, one arrow can break one block.

(Replying to deleted reply from user ItzChaosHere for future reference)

I think this is a great idea orbi! I’d like to see this

It’s a minigame suggestion for the Hive Team

If you don’t understand an aspect of the minigame I would be happy to explain :o

For example, //mask 155 would mask only block of quartz (155 being the block ID). It changes the specific block without forming any new blocks.
Although that may be a tad bit off-topic. If you have any further questions that aren’t regarding the suggestion, feel free to privately message me

maybe the water at the bottom could be water instead of just glass, this could ad the aspect of swimming which could mean you could create the difficulty of oxygen but also make under water loops and tunnels to travel around the map?

Glass? There isn’t any glass :o
Players can’t go under the islands within the map anyway. As said in the description, if players fall they will be teleported straight back up and their tower will be reduced. @NightBlockPrime

If you don’t understand an aspect of the suggestion, I am happy to explain in further detail.

omg the attention to detail

yes this is very good idea take my vote

It’s incredible how much effort some people can put into certain things, the maps are stunning and this is a game concept I would expect from a whole game development team. Also I know I probably sound dumb saying this but what is Mixed Arcade, is it a real thing? Where would I find it?

It is a Hive Java Game mode that is like different mini games and will be added to Hive bedrock soon. 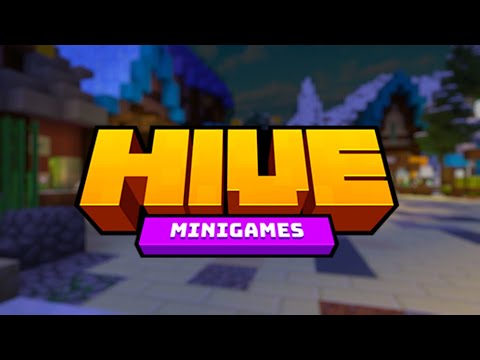 This is PotatoPie25 video talking about mixed arcade hope this helps.