I think that it would be beneficial if the players voted on a theme. Maybe add tons of different themes or have some of us on the forums pick them!

I would like to add some themes to Just Build!

I 100% agree! It definitely needs more themes. I like that they are vague in a sense like “furniture” and “Garden”. It makes for a wide variety of builds. But you start to get the same ones and it starts to be the same builds.

I think it would be awesome if they let a bunch of us here on the forums choose like 10 themes that would be added!

If you have any suggestions, feel free to post them here

Hey Splodger! I have a post with a lot of ideas here!

I Think You Add The Time Vote

I feel like voting categories (e.g. Animals, Minecraft, Food, etc.) would be a bit more unique and exciting than just voting for one specifc theme out of 200+(?). 20 categories to vote of sounds much for fun in my opinion.

Hey everyone! As you may know, Just Build is a very unique minigame. First of all, it is the only minigame set in Creative mode. It is also the only minigame with a fixed runtime. You know what I mean by that. Finally, it’s the only minigame without a voting feature. As in, voting for maps. There are no maps here but there are themes. Voting for themes has been suggested a lot and every time it’s been denied. I see why. Variety. People choosing things they’re good at. But this isn’t that. This …

Ah yes me to,jolly might be going inactive again for another year and coming back

This is a great idea, you don’t have to build a theme that you don’t know how to buld

There are multiple topics in a theme. If people reuse builds just vote them lower. I do this with any spruce house, they are very common. 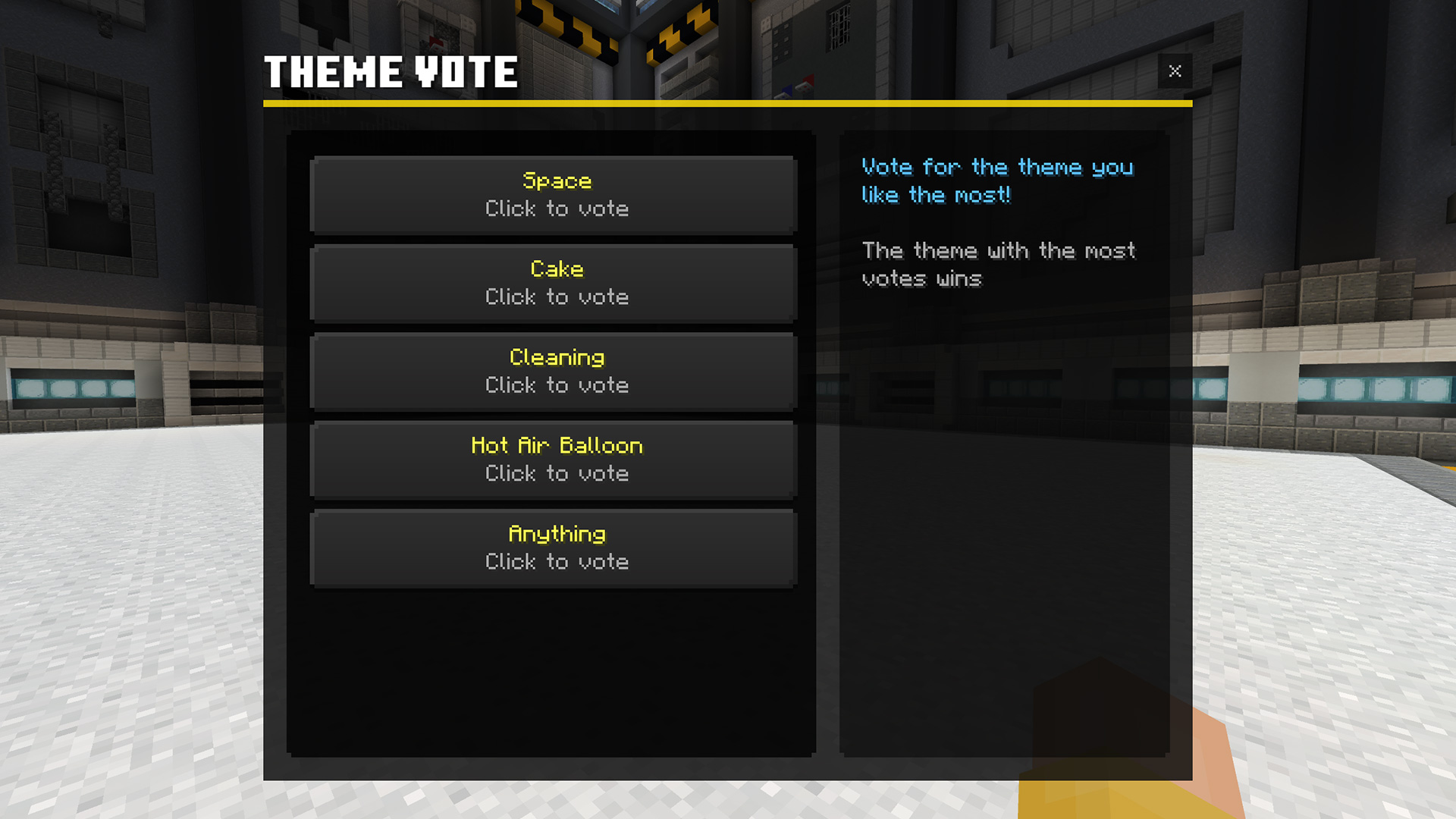 Today, we are deploying a heavily requested feature for Just Build: Theme Voting.

It only took over 2 years!

ok ok someone can close the topic now