Okay, this is going to be a long one.

Before I officially begin, I want to give a small disclaimer:
I am in no way trying to be negatively critical with this post. I only want Hive to continually improve, and the post that follows is for that purpose.

Hive has sort of wonky pvp physics. I will go into detail specifically why, but I know pretty much everyone who’s played Hive will know what I’m talking about. As far as I know, it’s been this way since Hive Bedrock launched.

This is kind of like a suggestion/bug report mix. I really should have made a thread about this over a year ago, but I’m finally sitting down to do it. Before I get into what’s wrong, I’ll give a little backstory.

From what I heard, featured servers, including Hive, have to code their OWN pvp physics along with other mechanics such as the motion of projectiles. I’m not sure why, but I guess it’s a Microsoft thing. Now I’m no developer, but I’m sure this was a difficult task and hard to get correct because the Hive’s pvp mechanics are not quite like vanilla Bedrock’s. I’m not sitting here and demanding perfection from the developers, but I’d like to shine some light on what’s wrong.

You’re probably thinking to yourself “yeah something like this has definitely happened to me”. I don’t think that’s a fair exchange in combat. I’m pretty sure this is not how comboing on vanilla Bedrock works. It’s really demotivating to pvp someone who can kill you that easily. I generally hold no grudge against players who do that; they just have high CPS. I’m just hoping the developers can adjust this so it does not happen.

Now I get the feeling that this combo effect was coded intentionally. Personally I think it should be dialed down a bit. I know a lot of players will probably disagree with me, that’s fine. But I still wanted to shine some light on it, maybe in case it WASN’T intentional.

I know this is asking for a lot, but these bulletpoints I listed are the exact reason why I tend to stay away from the pvp-based games on Hive. I won’t sit here and point fingers at the developers for doing a bad job, nor will I demand they do a better job and fix it. I think most of these are bugs or mistakes in a coding job that’s honestly probably difficult to do correctly. Like I said, I’m not a developer myself. Please consider these bulletpoints, let me know if any of you agree. Sorry it’s such a long thread.

Something else that personally annoys me is the fact that items else have a lot of gravity, and you cannot pick them up if they are directly above the void when you can very easily do that in vanilla and on most other servers.
If you are out of blocks while bridging, you cannot pick up any by breaking them, especially if you are in a situation where you have no items iniatially and want to make escape.
Likewise, in skywars if an ore is near the void the item from it can fall to the side and you cannot pick it up when you can usually do it in vanilla.

Also you can vote for own suggestion, in fact some people shame you for not doing that which is weird.

Srry if this comes across as self promotion, but I’m linking a video that shows how OP snowballs actually are. 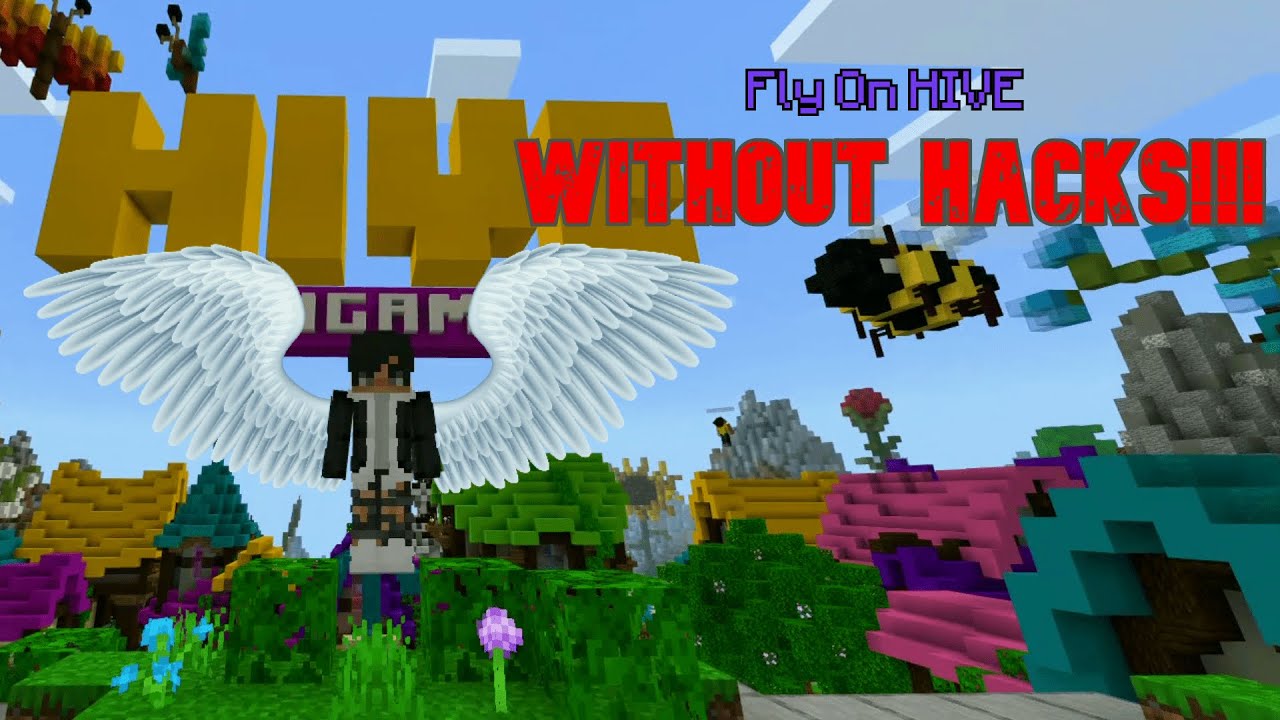 another problem i have an issue with is the knockback. If you are running at someone straight on (on a bridge) and you hit each other, 90% of the time you will get knocked to the side, even if you were hit straight on. this needs to be fixed.

especially the last one, like it’s a free win if you have them

Idrk. I would hate to see this happen BC me and many other ppl, can’t frickin aim so I just try to combo people off the edge. And I don’t think mj would be too happy XD

Comboing
Comboing on Hive is probably the biggest issue. Let’s examine the following scenario: You are playing Treasure Wars with full diamond armor and a diamond sword, your treasure is broken. You’re standing 5 entire blocks away from the edge. All of a sudden, a player uses their fist and–quite literally–carries you over the edge by repeatedly punching you with just their fist. Your feet don’t touch the ground once, and they’re completely out of reach.

I have personally experienced this a few times on Treasure Wars, I’ve met a player where they have speed rushed me and just by their fist. They somehow got to combo me from blocks away and I couldn’t do anything but just be flung into the void over and over again. I could say that there’s most probably a flaw in the coding somewhere that’s causing this, but again not everything is perfect but it’d be nice to see it get fixed in the future or at least improved.

Enderpearls
Enderpearl throwing is kind of hard to predict. This could just be me being bad, I don’t know. Let me know if you also have trouble landing a pearl correctly. I’ve used them numerous times on Hive and still miss sometimes.

Now onto Enderpearls, I’ve tried to Pearl onto other islands before in SkyWars but somehow it’s pretty much different from how it works in Java (maybe it’s just me but-) pearls in Hive sometimes don’t actually go where you aim them, I personally try to aim higher to where I want my pearl to land because when I aim directly to where the island is, it somehow works against it and goes lower and lands me into the void, therefore I’m better without pearls for now.

Snowballs
When snowballs were added to Treasure Wars, one of the first things we all noticed was that they have a really OP comboing effect. It’s like my first bulletpoint but on steroids. If you use enough snowballs on players, you can carry them in the air for so long they can get kicked for flying.

For Snowballs, I saw mj_owns_you (Hive Moderator) streaming yesterday and coincidentally I saw him actually using this method to send someone flying into the air by using Snowballs aka rapidly shooting Snowballs and it will eventually send them flying if you constantly hit them.

Personally, I can’t say if this was intentional or not but I do agree that it should be dialed down a bit, the snowballs being able to send players flying seems just kinda off personally.

The second point is most certainly an issue. The first point is purely subjective, as pvpers would likely argue that you should just use snowballs or blocks to break the combo. The third point is because of the annoying projectile arc I believe, and number 4 is something I can definitely agree with. Snowballs can break and start combos, which is pretty irritating a lot of the time. It’s like Luigi’s Nair in SSBM, all you do is press 1 button and their combo is yours.

I think the problem here is the knockback you take on the Hive has a more vertical incline than horizontal. I’ve noticed from some videos that if you get stuck in a combo and your opponent has good aim, there’s really no escape unless you have ender pearls, snowballs, etc. Now there may be some controversy if Hive decided to change the knockback to a more horizontal incline.

There is no problem with the comboing it’s fun and gives you a chance to look good at the game all you need is skill and good reaction time! try countering it by placing blocks while in the air
But the rest is fine you have a good reason to make this post and i have ur vote

Still, it doesn’t make sense that someone can defeat you when you’re in the middle of an island & have way better stuff then them with just their fists. What’s even the point of having items at that point?

they just have high CPS

They have better aim and movement as well. I.e they’re just better at pvp. What’s the hive supposed to do about that? Decrease the kb so fights just end up being both players continuously trading?

YES. i think hive definitely needs to lower their vertical kb and make it more horizontal. i agree with the points you made with projectiles, too

comboing is fine and doesn’t need a change

For Snowballs, I saw mj_owns_you (Hive Moderator) streaming yesterday and coincidentally I saw him actually using this method to send someone flying into the air by using Snowballs

For comboing, the only thing I would change is to add the ability to deal more knockback while sprinting apposed to not sprinting/standing still. The knockback dealt shouldn’t be crazily high, but it should be noticeable enough.

As for projectile arcs being scuffed, that’s definitely caused by a bug in the coding. As for snowballs making people fly, a way I think this could be fixed is by simply making them deal a tiny amount of knockback. That way, they won’t be so overpowered. I like the way they were handled in the combat test snapshots on Java.

I agree but if you change the pvp meta then it could greatly damage everyone from the casuals to the grinders that play scrims. I think it may be a bit late to change it. Also…

I do miss my ender pearls quite a bit but like 30% of the time I land my pearl and block clutch under neath or clutch on a island. Pretty sure there isn’t much of a change with ender pearls, just grind some skywars and when the time comes you might just ender pearl clutch, I did my first clutch when I was lvl 18 in SW

I agree but if you change the pvp meta then it could greatly damage everyone from the casuals to the grinders that play scrims. I think it may be a bit late to change it. Also…

This sums up our general thoughts about it. We know (and often agree) that our PVP mechanics are quite far from vanilla (and Java, and other servers). At the same time, things like knockback add new ways to play, and our more hardcore PVP players are used to (and seemingly like) it.

We’ll keep an eye on this topic, and all the ones like it. If we do ever decide on changes, we’ll take it slow and keep people informed. As it stands, we have no big changes planned.