Add option to opt out of being Death

Some people want to just play as a runner or want to let other people play as Death. It gets annoying having to quit to hub and rejoin, especially since it still counts as a loss if you quit before the Runners are released.

I would think the solution would to be have the role chance of being a death at the top of the screen as is being the murderer and sheriff from Murder Mystery. The chances would be pretty high since 4 people are selected from a group of up to 20.

Besides, being a death is pretty cool, especially when you rack up a ton of kills, I once got 42 kills in a single game of Death Run. 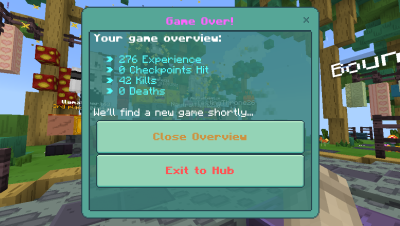 Murder Mystery has two separate variables that increase when you don’t get the role, making it less likely that you’re not a murderer/sheriff twice in just a few games, while the probabilities are the same for every player in DeathRun.
Further, one Death leaving the game means that there’s only one left.
And what do you mean by 4 people? There are only 2 Deaths per game.

Also, get flexed on: 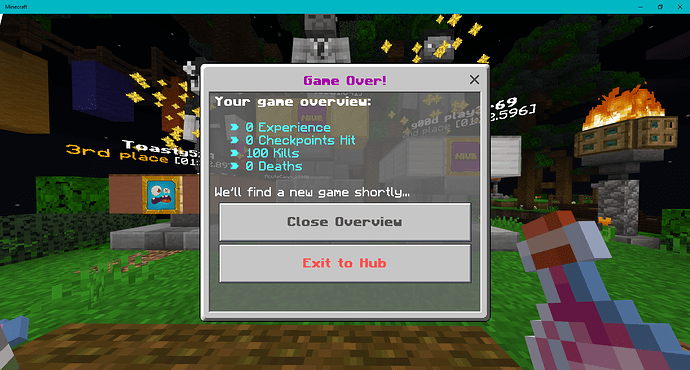 Whoops, I was believed that there would be 4 deaths. I don’t pay attention, I just try to either reach the end or kill the players.

Also, are you sure that in that screenshot you posted that they were intentionally falling into the traps or were they trying? (Even though there’s 3 players who finished roughly around the same time, the other 15 could have been jumping into the traps or not using their leaps effectively)

For some reason, people will keep trying to run over the logs when the trap is activated on Prison. They pretty much just hold down the forward button and since it’s the first trap in that section…

Also, there’s this trap on Snowfall.

If it’s the first trap within that second, why don’t people use their leap? Have they already used it in the previous checkpoint? Or are you referring to the beginning of the entire map?

By section, I meant checkpoint, and most people don’t try to use their leap right after going through each portal.
And I was referring to this trap: 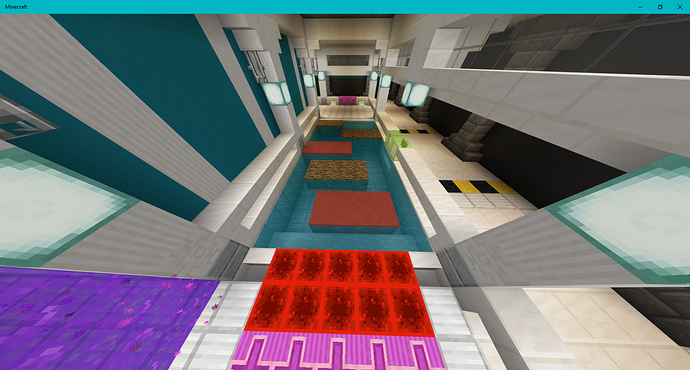 I know, which is why if you have the option to opt out of being Death, someone who actually wants to be a Death can get the role.

If people had the option to opt out of being a death, what would happen if everyone did that. The game would have to choose a death either way, so I don’t think this would be the best option.

Being a death would be fine for me since you get more XP from being a death, And I also like the idea of having a % chance of being the death that you can see and build up from not being a death as @BoricAxe60254 said, But as far as opting out from a death is well would kinda be unfair for some in my opinion.
Also, They would have to add more levels to make being a death more worth it for me since I prefer being a runner.

@Neutronic and @BlueSlimeMC, yes, if everyone chose to opt out, the game would have to choose someone at random, although this seems fairly unlikely considering many people seem to want to play as Death. @OfficialTT5, yes, it’s more XP if you get enough kills. However, as you said, they would need to add more levels to be worthwhile since many people have already reached the level cap.

I don’t agree with the idea, there could in a rare case be 20 people who have death turned off so no one could set off traps

Oh now you’re one of them