Remove speed bridging or slow it down

By the the hive team not making any maps that have different heights in just allows the annoying people who speed build bridges. this just broke the game they need to fix either the speed build or a way for people to not get to islands so quickly. I think I talk for every one here but we join hive to have fun not sit around in lobby’s because the speed bridge builders win to quickly. they need to fix this or they will start losing players like they lost a group of 6 of us today. in till this is fixed I’m going to make sure people know why they sound not play on hive and ill tell them to go to other servers. #suggestions #games #broken server #fix your server

speed bridging works on all servers, its not hive’s fault

Imagine ranting about an unintended Minecraft mechanic that a lot of people like, maybe learn how to do it yourself before you be so toxic.

then hive need to fix there maps then

It’s not that simple

First speed bridging is normal Minecrfat Bedrock Stuff, and is possible on every server you can join via Minecraft Bedrock.
U can do it on all Platforms, But with Keyboard and Mouse it is easy, u can even learn it on phone.
And where is the Proplem with people who get to your Island fast just kill them. And if Hive whoud be able to slow the bridging, games whoud take a lot longer. I my opinion Hive whoud lost more players if they are disabeling normal minecraft mechenics, for q few people they cant speed brige.

"then hive need to fix there maps then "
Why they shoud do it if u can defet ur Island?

Instead maybe you could suggest a map with islands at varying heights to slow speed bridging down a bit.

Different map heights whoud be unfair, because then Players will be able to get to other Islands easier.

Hives Maps have the same Height, so no one has an advantage. I think every Server has same height maps

If the Hive got rid of Jump Bridging. I, as well as a bunch of players would most likely quit the Hive.

there’s nothing the hive could do to fix this, and a limit to how many blocks you can place per second would be more annoying then anything I think.

Pbmm exists anyway, so you could try to learn it yourself if you aren’t a mobile player

u can even learn it on phone.

not possible. you need an external program or a kb&m or controller to do it 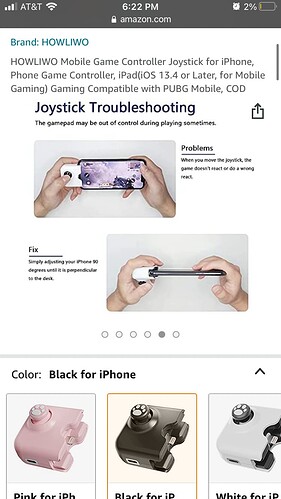 I believe this works for it actually too, but yes sadly there is nothing you can do about those people…the only thing you can do is practice and do your best to try and get better <3 depending on what device you play on…you can learn tips and tricks from other people who play on those devices too

I really liked yellowfish’s tutorial on comboing <3 it helped me a lot! You should go check it out

Hive would be losing more players if they removed speed bridging than if they didn’t remove it,
I don’t think there are many people who don’t like speed bridging. And its not even a hive mechanic

Would you tell your friend to not play on your survival world because your friend speed bridged in it ??

what device do you and your 5 other people play on?

who are you asking this to?

As mentioned, this is a feature that is in the bedrock versions of Minecraft. The Hive, in no way, is able to do this, and this feature is a must, as it is needed for almost all people to bridge (not including those who can java bridge), and play certain games, like SkyWars and Treasure Wars.

that’s not entirely true. if you go in third person, you can place blocks quickly by holding down on where you would usually java bridge, and facing the exact opposite direction, without crouching. ignacio explains it briefly in his video on becoming a mobile god, so i’d recommend watching that if you wanna know what i mean