Hiya all! This is a lil bit of a repost of something I posted under Community Creations before it was (presumably) removed due to the update to the forums

So, as people may or may not have seen, a little while back, I made a concept in regards to cosmetics for pets (image below): 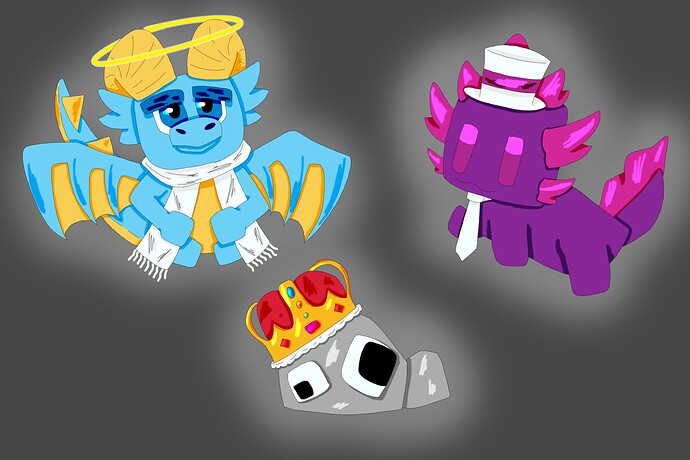 Unfortunately, I havent been online much, so I wasnt able to read nor reply to many comments before it was taken down. However, I did see one comment proposing that I should post this to suggestions, and so here we are!

Cosmetics would come in two forms: hats and accessories. They would be purchased via minecoins, and some cosmetics would be available all year round, whilst others would only be obtainable during a certain time of the year, for example a witch hat at Halloween, a birthday themed cosmetic for The Hive’s beeday, or maybe even an antlers headband or fairy lights for Christmas!

Cosmetics could either change colour depending on the pet to which they are equipped, the colour of the pet (in the case of say, dragons or ships), OR they could be player customisable, much like the pet name colours

This would give your pet a bit more of your own personal flare in order to allow it to stand out from others’ pets and to express your own style and creativity!

This is giving me lunar client vibes lol