Move "remove as friend" to downside

It is really too close to “Join server”.
I got mistake removing without confirm, this closeness make tragedy. 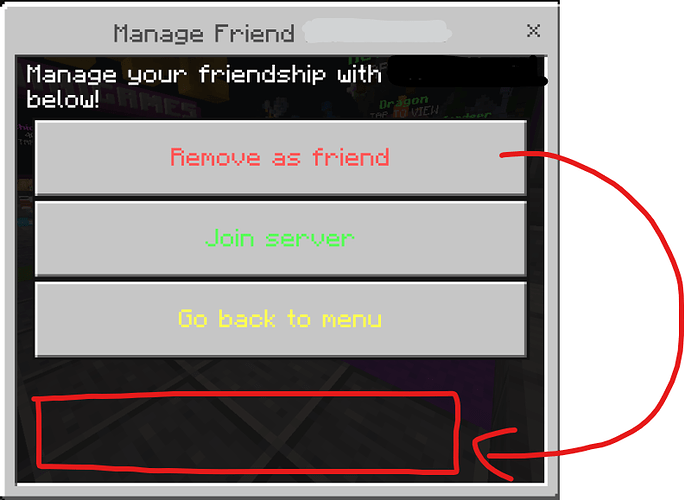 They should add a confirmation screen too.

exactly yes! it is also needed.

So many friendships lost because of this. I accidently removed a friend once but thankfully his name is easy to remember.

it is happy when it is rememberable.
when I mistake deleting the hard to rememberable friends with no other connection, it means permanent lost. too bad.

I clicked Remove Friend to see if there would be a confirmation. There wasn’t, and I temporarily lost sonicjo as a friend.

This is not a duplicate of Warning Message for Removing Friend but I think that’s much simpler, and moving the button won’t do anything, because people are used to the old friend system and would start removing friends even more. Vote on the other one instead, it’s just the confirmation when you remove.

Man this has happened to me too many times. This would SO useful. Also the comfirmation of deleting the friend is also a good idea