People CAN use their account on 3 devices, all of their devices (on their account) on different regions.
This makes people gain wins way faster, for an example Death Run, people can get 3 wins per 1-2 minutes from doing this.

[Include any other information that you think is relevant here] 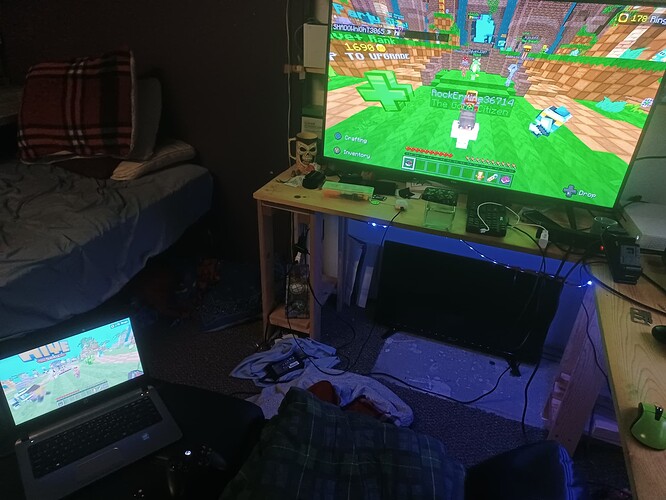 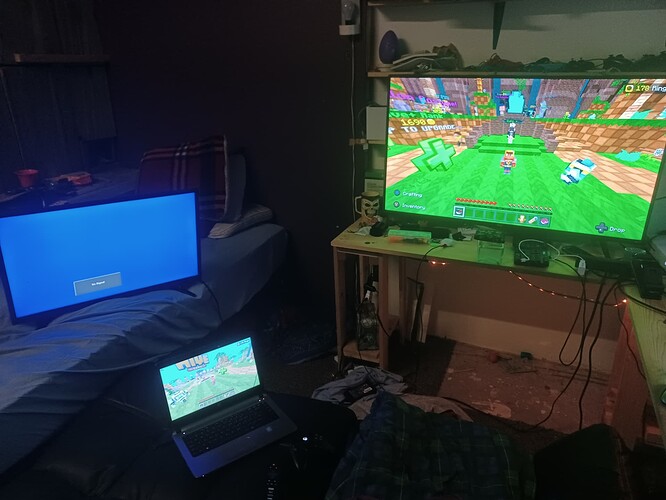 Please make it so only 1 account can go on 1 region only, not multiple regions.

But how are you gonna play on 3 devices at one time ?

It’s pretty simple, once you’re in a lobby, they’ll be one device in a game, once you’re finished. The game would start on the other device, you just switch fast and rotate. It’s called doubling wins and it’s really unfair. They need to make it so it’s not allowed or doesn’t work

How is it unfair though, if all it does is bypass some of the waiting time?

Ohok I think I found a post similar post, and splodger had replied on it, I will let you know if I find it.

People can double their wins from doing this, I’ve even heard from multiple people that if you’re in a game of Death run on 2 devices on 2 regions in a game at the same time, that’s 2 wins in under a minute

I mean, if you still have to win 2 times, that’s not a problem imo. Though if each win counts as 2, that’s definitely an issue, but a bug, not something suggestion worthy.

If you’re a monthly leaderboard player, and someone is getting 2 wins per 1 minute from playing on 2 separate regions on the same account. It’s really unfair for the 2nd player person to catch up or beat them with the most wins in a month, especially from a player like me with 30,040 wins. Im pretty sure I know what I’m experiencing and it’s really a disadvantage

Here I found it Joining on separate devices bug
splodger replied on this, so you can check

Thanks, although he mentioned that it isn’t possible, when it is.

No, what he said was “2 devices joining the same queue/game isn’t possible” which is true, you are talking about different games so it really shouldn’t be an issue.

The point of this suggestion is when a player is on the same Minecraft account. Say I was on my phone, on Sam Nolxve. And my PC, Sam Nolxve, my PC device will be connected to Asia, and my Phone device would be connected to North America, I will join Death run at the same time and get a win on both accounts on the same time during rotating and switching. That’s what you call doubling wins. I hope now you understand.

get a win on both devices I mean

alright, and avoid double posting, instead edit the post above you

You could theoretically have like 3 people grind out wins on the same account doing this, if someone were to theoretically exploit this out on leaderboard that would be a problem

Although I don’t know if this is a hive-specific issue, I do hope they can find methods of fixing it

Thank u very much

At the same time, you would have to find 2 people, who are good at the game, while also being involved in this project

That’s ez for me at least

I didn’t know you could log on to the hive on a different device and still play. What would happen when someone tries to join you?