I first wanna start by saying that I love Hive costumes. Their design is so good and the 3d models are very creative. This is why even my pfp is one lol. I really like the textures on the skin that make them simple, cartoony but at the same time detailed enough

So I would really want a new costume to be added. It would be called Speedy!

A little bit of context: I really enjoy Formula 1 (please don’t tell I’m the only f1 geek here…) so this hive costume would be an f1 driver, basically. I’m gonna share some ideas on how it would look, a hub title and an avatar too!

So what I would like the costume to look like is kinda simple. I made a quick skin to kinda show the front. Made it as hive-y as possible! 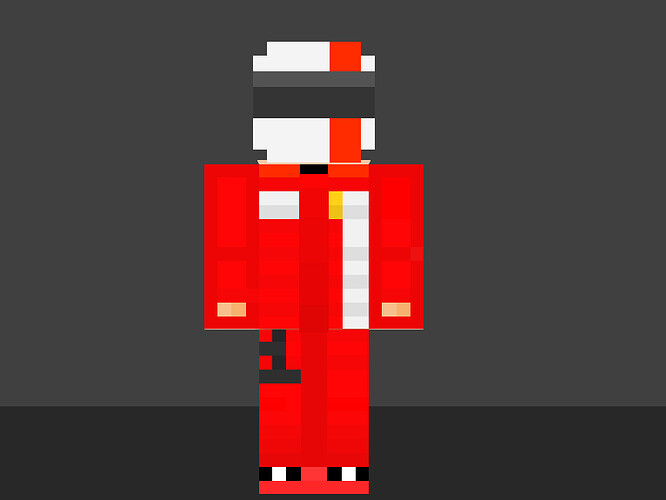 So I was kinda thinking of the Ferrari colors, but not the exact same uniform (I think I made it too alike…)

As for the 3d parts (I cannot show in my skin making program) it would be like a normal Minecraft skin. Maybe a little skinnier. After all, drivers loose 2-3 kg of weight per race. 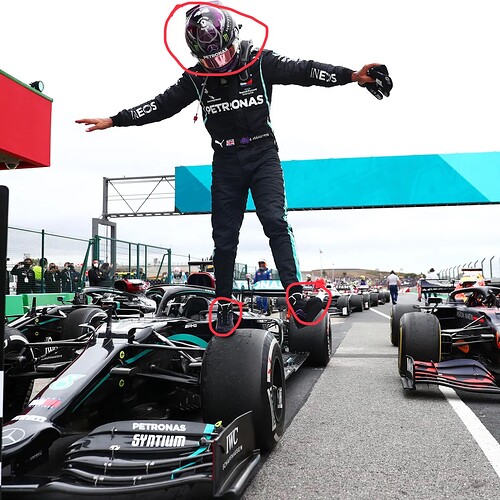 There is also this thingy they wear around the neck (I forgot the name). It could look nice as a 3d part of the skin.

I think u can kinda see it in that picture something that surrounds the driver’s neck when they’re in the car. 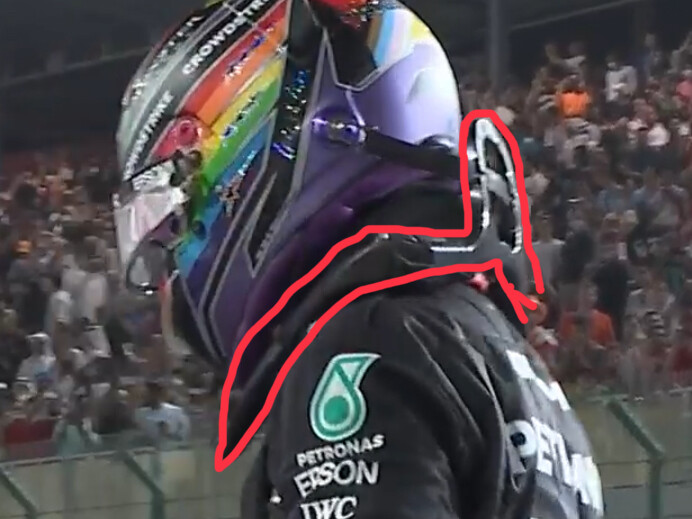 Here’s a better one from a recent race. Basically it’s that, a thing that surround their neck that would look cool as part of the costume, as if the driver recently got out of the car.

@TwistedApple996 made a skin as an example, here is the format (ty by the way)

And @cupcsr also did a 3d model of how it would look like using TwistedApple’s texture! Thank you both it looks amazing

So now Im gonna suggest what could be the hub title for this costume. I know that most of these hub titles are puns, but I couldn’t think of any lol. So something more significant could be “Still I Rise”, or maybe “Still we Rise” if you’re feeling communist

For those who don’t know, this is a reference to Lewis Hamilton’s catchphrase, Still we Rise, here on his helmet. 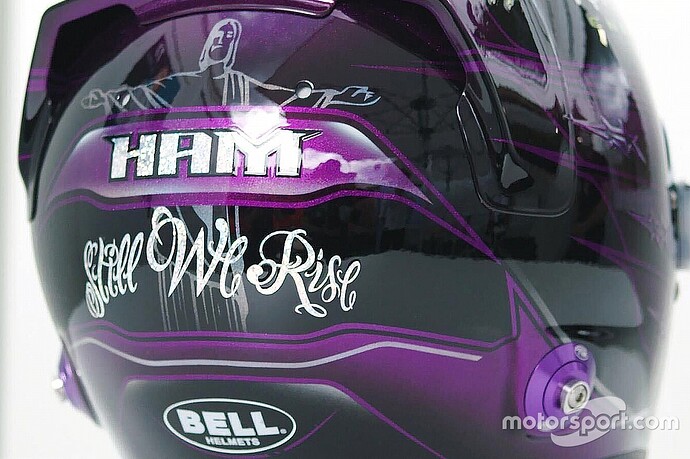 I guess “still we rise” is the original phrase, so it could look something like this:

I think it would be cool for those who do understand the reference! If u feel that most people won’t understand it u can think of a funny pun to go with it

I’m not a digital artist or anything but I got some cool images that could go as the avatar of this costume! 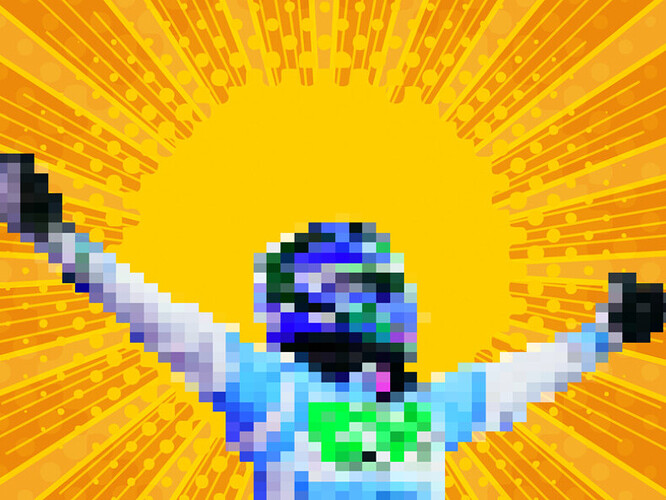 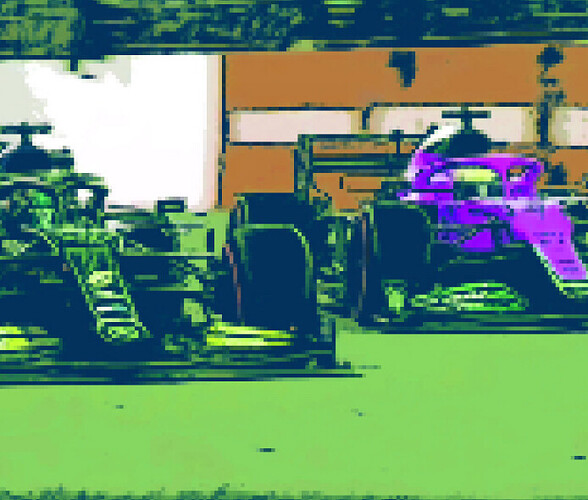 Here are some photos I took and edit myself (I did not make the pixel art by hand…) idk if they are avatar-worthy and I don’t see this avatars getting added but these are just suggestions! As long as the idea of the F1 Driver gets added Im happy

Welp! That’s it! I’ve been working hard on this for 2 continuous weeks and all of these ideas were made by me. Thank you for reading this very long post and I hope you consider voting for it!

Buzz on or that thing!

champion is a pretty general name. Maybe something a bit more focused on racing, like the zoomer or sth to do with speed idk

also, no offense but these skins seem kinda generic compared to other costumes so imo, this should be a pack (like the anime skins) with a black and red variant like u suggested

otherwise, you got my vote

I like the idea. Could use some touch ups, but pretty good idea. Voted :))

This is really cool and really like the costume! You got my vote

Leclerc is my favorite

Ayee
Used to be my favorite when he joined Ferrari

I see it trust

bonk
It’s not the best, there are probably mistakes and I don’t know much about racing so yeah. (DM me for the skin)

champion is a pretty general name. Maybe something a bit more focused on racing, like the zoomer or sth to do with speed idk

I am between 2 new names for this…

What do you think it’s best?

Closing this by tomorrow to change the name

Wow, a unanimous vote. (for now)

This idea is sick! Def voting on it hopefully this can actually get added and you know ur not the only f1 geek.

should i add anything else to this model?

Yoooo thats so cool! I’m gonna add both texture and models to the suggestion

Do you think I should add anything else to it? It feels kinda “2D”

There is also this thingy they wear around the neck (I forgot the name). It could look nice as a 3d part of the skin.

Not home rn, but I’ll try to do it

not the best at texturing, but does this look ok?