How is this different to Replay cinema?

I think it’s different because this are running games that are happening live, and they don’t specifically have to be from a friend’s or yours. If you are really bored you could just watch a game that is happening, but I don’t see the point of this.
Also another problem is the max player count in games. The hive would need to make this servers bigger so a decent amount of people fit in the server, both spectators and players.

Sorry, but I don’t see the point in this

Yessss this could also be used to spot hackers to report

(Probably add a point system example: 1 hacker = 10 point and theres a shop to trade those points)

I like @GusDuz6 idea, but I’m confused by what @Richie2286 means. Can you explain more?

you report him you could get 10 quest points

If you get it on reporting this will probably lead to mass false reports to get quest points. I don’t see how they could implement with the current report system as it is on discord. Maybe when in game reporting is added that could be a possibility, but reports aren’t public.

Maybe you could remove quest points for reporting wrongly and gain them for reporting right. This reminds me of Hypixel Atlas so I don’t think Hive would implement this either way.

Yeah thats what i thought too

I don’t mean to go off on a tangent, but why are we doing this for quest points, might I ask? Quest Points outside the game modes aren’t very common, and not a lot of people even go through the effort of doing them.

Also, this would just create even more work for the moderators, and since they’re just volunteers I don’t think they would really be up to have another task to do along with all the reports they get daily

Yessss this could also be used to spot hackers to report

(Probably add a point system example: 1 hacker = 10 point and theres a shop to trade those points)

but you can do this by dying in a game tho. This Idea is useless

Did you even read the suggestion?

OP is suggesting to be able to spectate a random game by typing /spectate, and you’re going off on a tangent about how you can die in a game when

A - That’s not even a workaround

B - You lose a game and impact your stats:

Please reread the whole suggestion buddy, because you obviously don’t understand what it means. 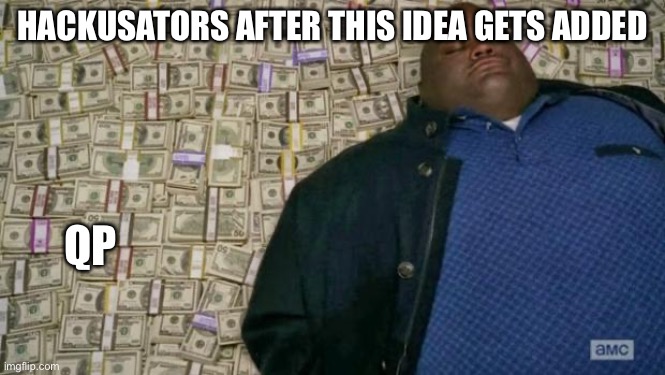