Hi folks, my idea is that when Snow Wars comes out this year you get the costume but how does the NPC come out, because in 2019 where you could get the costume I would give you an ice monster and not the Snow Wars NPC. 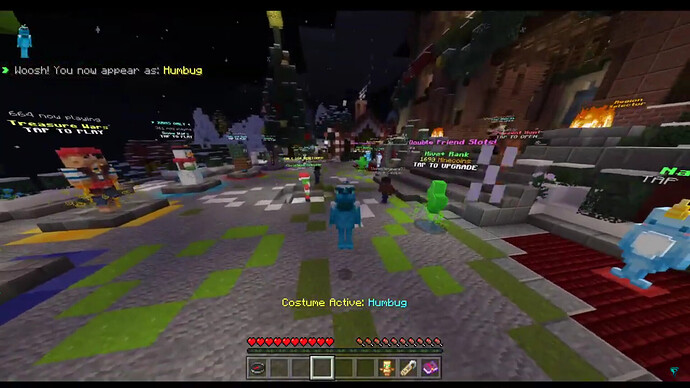 And that to me would be a very good idea if Hive continues to maintain its tradition that when you are at the highest level in any game you get the NPC costume.

Thank you very much for reading

Edith: The name of the costume if Hive add is “Snow Man” and the costume you can get if you are level 10 in Snow wars 2021

although I support this idea, there was a costume called “Snow Golem” which looked very very similar to the npc, other then a few minor changes it pretty much looked the exact same as the snow wars npc, but seeing that the costume was a limited time costume it could get added, I’d love to see this get added for this year if snow wars comes out

Winter 2021 is so far away that I don’t think this is even relevant now.

u have an image of the snow golem costume by any chance? Try show how the costume is quite similar to the snow wars npc so that it may not be added

That’s true, there was a Snow Golem costume that looked very similar, and thanks for voting, it means a lot to me.

And if it takes a long time, I’ll post it beforehand to see if it gets the correct votes for Hive to add it.

, but then I found out that it was not so.

its only 2 months for me pixel