A command all players can use in any of the Hive games and in the Hive spawn, to make it easier to differentiate between the players and whom you wish to speak.

Sometimes I find it difficult to track messages from people in my party or just to talk to a specific person in general, I would think others may have this complication at times aswell. This would just be a simple add in of a command and could prove to be very useful.

The Hive will likely not add in-game private messaging otherwise it’s violation of Microsoft’s privacy rules. This apply for all Minecraft featured servers. 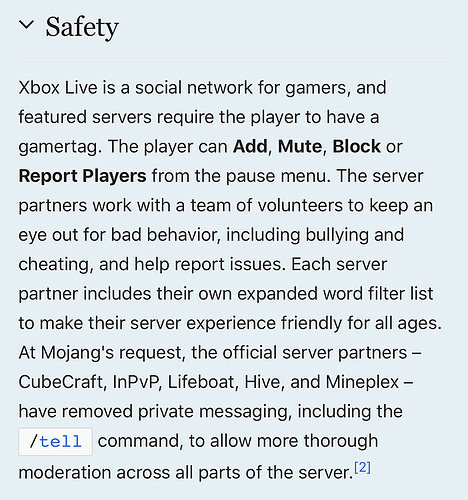 If these rules are broken, they may lose their partnership.

Xbox Live enforcement (and Microsoft) does the best they can to protect everyone from any unfriendly
or untrustable gamers.

Unfortunately despite the fact this would be a really good QoL feature, microsoft eula won’t allow it so this is impossible

It will be added for swarms I believe, but I might just be making that up

I think swarms chat will be a thing yeah, I’m not a logistics expert however so not sure how thats ok and this isn’t but whatever

idk, maybe because they have easier access to what’s being said

As @thegamingtoyyt said there is planned to be a swarm chatting function, I would presume to communicate with your swarm members. 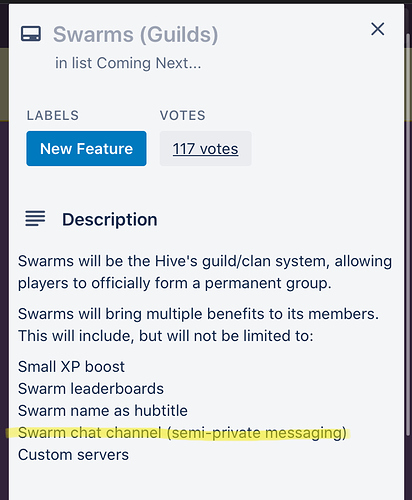 And as @Arthur said

The Hive will likely not add in-game private messaging otherwise it’s violation of Microsoft’s privacy rules . This apply for all Minecraft featured servers .

Theres always xbox app and discord, which are much easier and better to use then the outdated text in game.