A shop option in the armor tab that gives all boots you wear feather falling, as in vanilla that enchantment not only reduces fall, but also pearl damage

Make it anything but emeralds so people will actually buy it

Maybe make it upgradable too

cool idea. I’d be fine with this because pearls basically kill you

I don’t think this should be added. Pearl damage is fine, it just needs to not be able to kill you

People who build straight up in every fight: 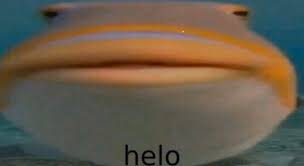 I don’t think they should add this because there isn’t that much need for it, it would only be helpful for people or skybase and tower up which is annoying so if they fall off they deserve to die, not stay alive because of their feather falling. OwO

um. I do that because it’s a good strat because height advantage is op

Every minecraft pvper is shaming you right now

(This was not meant as an insult and only as a joke, anything I say in this post right now does not relate to my actual opinion.
I can gladly say that SoccerMaster is a well spoken and smart guy [although he did use “soccer” and not “football” but we’ll forget about that])

If you guys are wondering, yes I had to make sure people knew I wasn’t insulting him.
Anything can be considered “offensive” these days

Ight I just went on a rant about nothing there, it’s 2am so gn

Why would it ba bad @sonicjo_fire_ho, they could make it like 15 diamonds or something for feather falling 3 let’s say, I think that’s balanced.

It’s just annoying lol your ether gonna get knocked down or stay up there forever until someone climes up there and kills you or you knock them down, I think just people who do that have 0 PvP skills and are too scared to fight other people head on. I only thing it’s fine if your not running away and are actually attacking someone’s treasure for treasure wars or are making where you can just jump off to mid so people with no blocks can’t get to your treasure.

if an actual good person does that its to jump down to either go over you or knock you into the void, they dont have 0 pvp skill its just not a good idea to take on a bridge fight

ah yes like 3 hearts saved is gonna unbalance the game