A Hub Title earned from reaching the highest point possible in the Hive Lobby: The Hive Sign itself

Alrighty then. Me again, yes, hi. Recently, I saw a video where two people got on top of the Hive Sign in the lobby (with help from an Admin by giving them Ender Pearls)

What I’m suggesting is that the top of the Hive Sign be accessible, but it would be near-impossible to reach. If you were to make it there, you’d be rewarded with a Hub Title: Shooting Star, as well as an Avatar to go along with it

Lemme know what you all think of this! Is it a good idea? If not, tell me what needs to be tweaked!

Design of the Hub Title
The Hub Title itself would either be a kind of yellow, or navy blue, or maybe both! 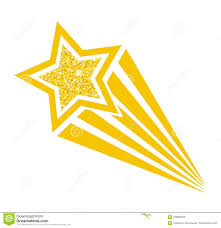 I do like the hub title idea but defiantly not the elytra. Even though I have Hive+, I don’t think this would be a good idea for Hive to add. People might be able to fly out of the map and they could fly onto the Hive sign whenever they want. Also, the anti-cheat might get them as well. I have only been on the Hive sign twice, so I think this would be a difficult hub title to get, but that’s what makes it cool.

Ohhh ok. So, no prizes for getting the Title except for the title itself?

the hub-title cant be Sky High because it already exists

Alright, so Avatar as well as the Title itself. Got it
And it has to be Shooting Star because I didn’t know Sky High was already one

u need to reach lvl 15 in skywars

Ohhhh huh. I suck at SW but I still try XD

I don’t know if this should get added. First of all, hundreds of people have already been tp’d to the Hive sign, and there is no way to now who has been there (not that I know) so a bunch of people could not get the hub title with this once in a lifetime opportunity

Also it’s not something caused by the player, mods only chose who tp or when to tp whenever they feel like it, which makes the whole thing incredibly biased

Dude, I said that there would be some kind of really hard challenge to get up there…

Yes but mods can just tp whoever they want up the sign.
So people can have it for free.
They probably won’t but you never know.

Well, this would allow people to actually try to get up there (maybe through a really hard to find super challenging maze with Parkour every now and then with a TP to the top) so mods wouldn’t need to do that stuff

Yes I read it… but I think that would make the front of the hub look much more messy. Even if it’s like some ender pearl you need to throw, the players would also make it look messy.
Above all, the Hive Sign would lose its specialness

Sorry, I kind of decided in my head the challenge wouldn’t be good, and then I wrote the post above

It’s not a bad idea, just I wouldn’t put it on the sign

Where would you put it?

Maybe as a secret parkour that you have to use some weird entrance to get to. From there you can do really hard parkour and stuff

The thing is, it’s called “Shooting Star” because of how high you’d need to go to get it. So it wouldn’t make sense for it to be underground or near ground level instead of high in the sky. I like the idea of parkour, though!

Maybe it can lead up to the sky, idk