I once played a game on a different server called Nebula. The idea of the game was there were 2 teams Red vs Blue. The teams had an equal amount of flags. It would sometimes range from 3 flags per team or sometimes 1-2 flags. The flags were the object of an obsidian block and they were locked in a spot on the respective team’s side. The game was very similar to Capture the Flag however you wouldn’t have to return the block you just break the block and the team that breaks the block gains 1 point. The team that breaks all of the opposing team’s blocks first wins.

If this game idea intrigues you, you can research a now dead server called Avicus. The game was named Nebula. Lots of fun and I have many memories on that game. Would love to see it live a new life on the Hive. 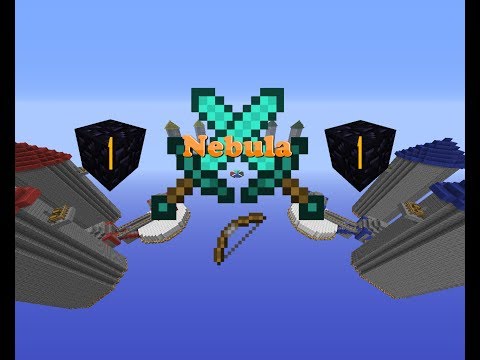 The game seems interesting! Would be fun to add it to the Hive

yoo I actually remember this. The Pack played it I think.

but Hive prefers to add only original content, and this won’t be original.

Skywars has it’s own twist on Hive, it’s completely different to Skywars on any other server in many ways.
SG is timeless and has been on the Hive since like 2013 lol (Java), some gamemodes are everywhere and kinda have to be everywhere because of how popular they make the server, but others (like Nebula) are unheard of but if Hive implemented it, it’d be copying.

Hi welcome to the forums

The hive usually doesn’t add specific versions of minigames but might add a twist to it.

Just note that game suggestions don’t get votes usually on the forums.