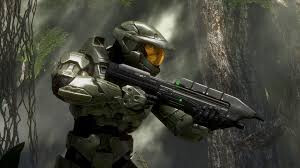 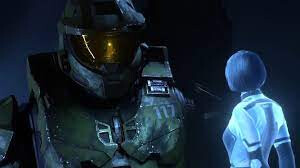 Master Chief is a badass.
Halo infinite is coming out and will have a free to play multiplayer with gaming’s first good battle pass.
this year also marks Halo’s 20th anniversary.
So this is what I was thinking, since Hive are partnered with Mojang which is Xbox game studios. Hive could get the rights to make a Master Chief costume.
If not, the Hive have already created an unofficial pickle Rick costume so I don’t see why the couldn’t do one of Chief.
Also since Hive are doing a Sonic crossover for his 30th anniversary they could do a Halo crossover in November and include the costume then.

A re-vamp of the Halo pack is in the realm of possibility. The Halo pack that is currently available in the Minecraft Marketplace came out all the way back in 2015 with the launch of Halo 5 Guardians. Microsoft could try and reach out and touch a younger player-base with a new bundle, but who knows.

I think Pickle Rick might have flown under the radar because it isn’t super hard to make up. Just like the burger costumes based off of Fortnite. You can’t really alter master chief’s appearance without making it look like a different Spartan or making Master Chief unrecognizable if that makes sense

Suggestions must be relative, realistic and implementable. No overpowered, copyrighted things.

Whilst it is true that we are collaborating with SEGA, the suggestion rules still apply; please refrain from suggesting trademarked or otherwise copyrighted content