pet mailbot would have 2 versions depending on whether or not you have access to vip lounge, it would be the normal version: 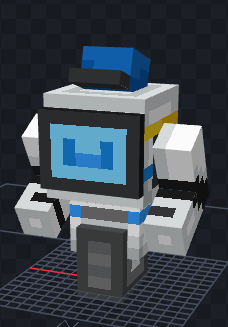 challenge for you to catch this pet
and you can reach him because he would walk around the arcade server dropping cards to tell where he went, go to where a has not yet gone and catch him

Hive has already said pets will never be free. But if you are talking about this working after purchasing the original mailbot (pet costumes) that is cool

I love the idea of a mailbot pet and as a hub rat that sounds lots of fun to try to collect, but as others are saying on here and in a post I made about a free pet
Hive pets will never be free which is kinda sad

I think they should only return the pet rock on april fools day since its clearly special or have them never return which I personally prefer.

the idea is exactly that, he returns from April Fools’ Day

No. On the very last sentence you state it is somewhere hidden on the hub. NOT an april fools return.

forgive me, I meant that I prefer the one I wrote, so much so that I’ll edit the post

I think that being able to unlock pet costumes after buying a pet seems fun, like buying a mailbot and then getting a gold skin. Maybe at treasure wars prestige V you can unlock a skin for the Pirate Ship pet than you can equip once you own it. Also try to limit suggestions to just 1 per post. (One post for mailbot and another post for rock)

yes that would be the idea @AculAce