I understand that alot of people dont care about others saying Ez, Trash ect however I feel like there are a few people that it gets to and it should be prevented for the benefit of the community

As pma is important across the Hive population

Ez ( Easy ) is always an opinion, but just because you find something easy doesnt mean others do.
You have no clue who the person you are playing against is and how much they may try and struggle at the game, theres nothing saying that the person you insulted is not Disabled or upset easily and although you may not care its just uncalled for obnoxiousness and offense

No one likes to be called “trash” ( Rubbish as I would call it ), its just comparing you to something that has been thrown away and unwanted, just generally uncalled for disgusting atttitude which shouldnt be accepted on a wide server like this.

unfortunately if you block something people will go out of there way to avoid the chat filter, but i feel like encouraging prevention of stuff like this is better than just letting it happen

Microsoft’s filter blocks out a lot of chat that would be perceived as “toxic” already. Although I do agree that Hive could start blocking out “ez” and other phrases that are used in-game to trash talk other players.

Its sad though because sometimes when I use to play and respond to players questions it’d always get blocked. Same with helpers.

Microsoft’s filter is good enough. I almost never come across people saying ez or something similar, and I don’t remember any actual toxic people

Some people are snide, but yeah toxicity isn’t a super large issue, I once had a dude cuss me out in xbox dms because of “bow aimbot” but I just laughed it off

Look at these toxic people : 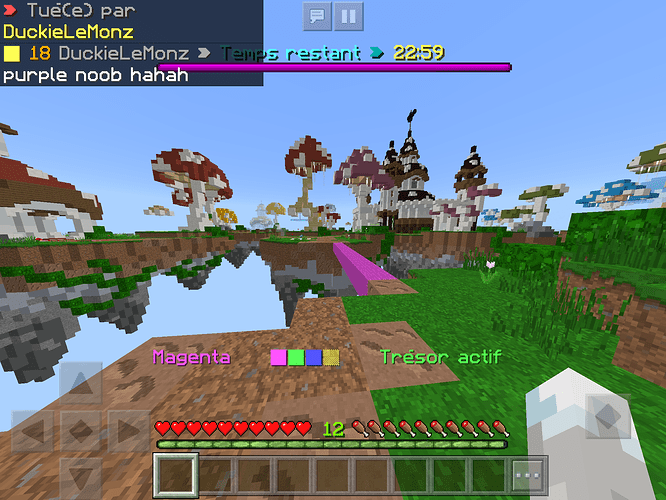 I don’t know, it’s funny when people trash talk to me.

Did you report them on the Discord for player abuse? If not, I would recommend doing so.

what, is that bannable/muteable? I thought it was just bad to say

Already reported them in #bedrock-ingame-reporting !

There already is a chat filter in place by Microsoft/Mojang, which does a pretty decent job at covering most chat offences in my opinion. Every (featured) server has it, and realms/XBL multiplayer has it too, if I remember correctly. I’m actually not sure what Microsoft’s policy is on allowing servers to have their own chatfilters - I know Lifeboat pulled their own chatfilter when the Microsoft one was implemented.

I’m also a bit concerned about how far to go with filtering chat. Stuff like “ez” and “noob” aren’t nice, yes, but they’re hardly things to issue bans about. As a Lifeboat mod, they’re typically worth an official warn - or even just a verbal warn - at best, unless it’s long-term harassment of one player in particular. Overly extensive chat filters can be just annoying in their own right, especially if they catch banned words within other words as well. Some people like to kid around with their friends and call them noobs - they’d probably find the chat filter hounding them annoying. If someone is bent on being toxic, the chatfilter won’t stop them for long. Just my opinion though.