I want the hive to create new rule is fairly rating

2.Don’t everyone rate very good to building but off topic of theme (I think something is good but does not match the topic)

3.Don’t everyone rate very good for their friend only and don’t rate meh another building

*When you build not well, You should accept while somebody build better. 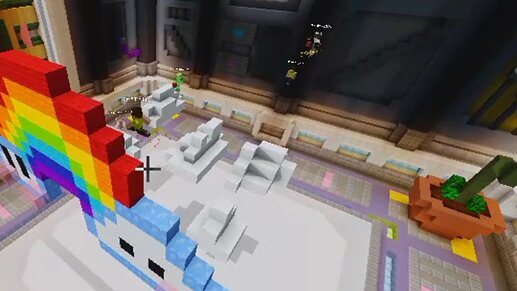 But this could be a rule!

And also welcome to the hiveforums

I get meh almost every time (But I still get more goods and greats) Some people don’t like others winning. I’m level 11 and it took me 6 months. I think all meh-ers must read these rules. Also, that build is amazing.

I don’t care about personal thoughts because Somebody make them annoying. This topic would be uneasily for new rule but their action is easily to make teasing distillation. Cause They hate the good building because they thought the good build make him or her win and somebody think to tease for them & their friend and get win with themselves.That they make It’s personal benefits.

Hive could increase the xp of each ratings so even if they’ve voted meh you could still get a good amount of xp which in my case solves some problems.

There kinda is a rule in sg that you cannot cross-team, no one follows that rule

and Jb would be even more hard to moderate

Thats actually a rule in every game

yes but
it says it in chat

Cross teaming is the another minigame not just build

i don’t run into this problem of good builds not being voted fairly because most of the builds that usually are built in the jb games i’m playing are off topic, inappropriate or just is 8 blocks and that’s it.

3.Don’t everyone rate very good for their friend only and don’t rate meh another building

but what if their friends building is actually really good? you can’t tell what they are building unless you can see each other’s screens, and won’t find out until after the person votes.

how are you gonna track someone’s opinion and use it to moderate their minecraft vote? In my experience enough people vote fairly every game that most of the time the better builds win.

Like people have been saying, these rules would be hard to moderate. Another idea which could try to prevent meh spammers could be if they ONLY vote meh’s then the xp they receive at the end will be half of what it should be.

2.Don’t everyone rate very good to building but off topic of theme (I think something is good but does not match the topic)

These two are reportable using the in game item. So if enough people report them, they will get removed and all votes for it won’t count. At least for inappropriate builds, I have never seen it happen for an off topic build.

Not really, He built his bad