We could get a new SpongeBob hive lobby. It would have new parkours, SpongeBob’s house (with if you explore some you find a hub title called: who lives in a pineapple under the sea? Then a new ltm: SpongeBobs party games. This ltm would have it’s own lobby (like arcade) and 2 games. 1.spongebobs house party. Everyone would get into groups of 4 and whoever build the best party wins. 2. Super Sponge. Everyone would be on a solo team and will have have to find 10 notebooks. Who ever collects the most wins. I am still trying to think on unlocks for the 2 new games. This event would start November 12 and end on December 9th. And if you find 100 snails you get the all new SpongeBob coustume. There would be 5 new parkours in total. I think this is a good idea like the hive and sonic event. Bye! Hope you like this idea! 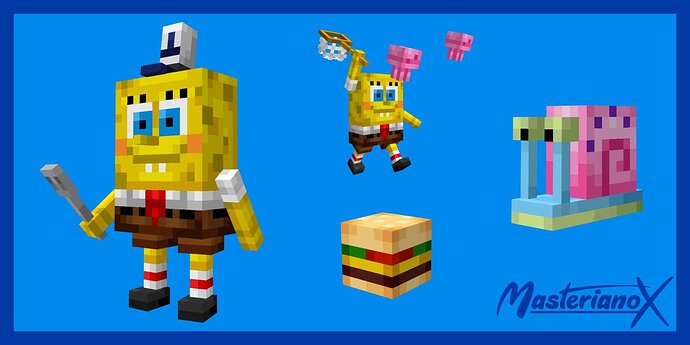 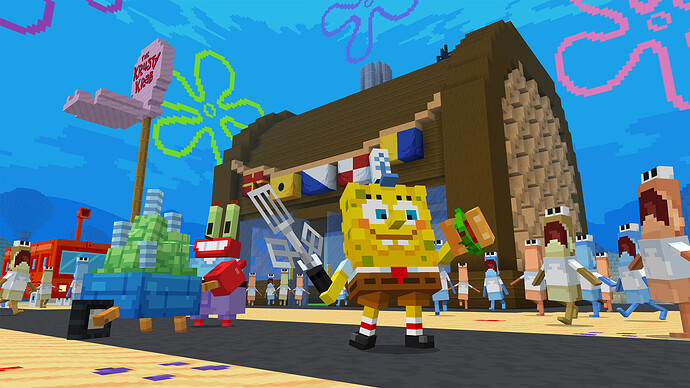 Spongebob-Kickoff-In-Line1920×1080 494 KB
These are what some of the enties will look like. You will be able to find SpongeBob in his house and get get the title. And then if you touch Gary you get a new pet: Gary the snail. And all you have to do is touch Gary and YOU GET A FREE PET. And rember the fact that that SpongeBob x Minecraft dlc is coming up. And I think in the update you will be able to make Krabby patties if you make 1000 you will get a Mr.krabs avatar. And if you catch 5000 jellyfish you get a avatar.hive if you did this I would be happy. When I think of more ideas I will tell you guys. And sorry if I spelled or did something wrong

. Anyways I hope you see this hive. And anybody can leave comments on this post if they want. Give me your thoughts and what you want added in the hive x SpongeBob update!
2 Likes
Trafficlight59 July 11, 2022, 4:04pm #3

I’m sure Nickelodeon would let hive.

The Hive didn’t “earn the rights” to SEGA, they teamed up/collabed with them and Legally made a cool sonic event. Also for the Hive Team to collaborate with a big company like Nickelodeon (creator of SpongeBob) wouldn’t be too easy. Personally, I don’t think this could be a thing and would probably need to go into closer consideration.

As many said before, the hive needs to get the rights to do that, which is hard because Nickelodeon is a lot, and I mean A LOT, larger than sega

Also who did these pictures? They look really good

You can look down on the bottom right and find a watermark saying: MasterianoX.

hey dude, these models are extremely cool and well done!! however, I don’t think the hive can do an event like this without nickelodeon specifically reaching out to them and getting a licensing agreement.

You guys are all right!!! But mason you where kinda rude about it. Everyone else was true and nice.

But mason you where kinda rude about it.

not rlly but ok

There is a spongebob x minecraft in the marketplace, maybe its from there

Or screenshots of the trailer in Minecraft now.

Man this would be really cool but you would need permission