Display number of rows each team has in Snow wars

Display the number of rows each team has.

This could be either in the new GUI, or similar to the bad concept art that I made, above your hotbar. 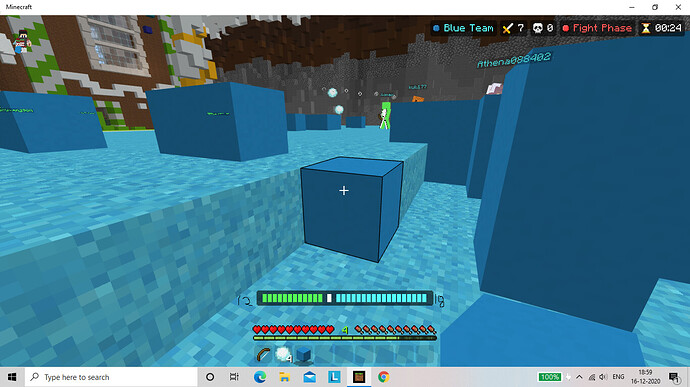 Cool idea, when you are trying to focus on the game and the bars look so close its nice to see how many left.

I didn’t even know this was in the mineplex turf wars.
Regardless, displaying the number isn’t copying.
Every server display kills in the round, doesn’t mean they copied.

how is that copying if 2 people have the same age doesn’t mean 1 is copying the other
wait… ill give u a better example:-

if you make a welcome bot for your discord server and another person makes another with their own code doesnt mean they copied you , you both had the same idea thats it

We already know they did, don’t worry.
(Jk)
But on a more serious note yes this would be really helpful, especially at the end of the game. When you need to know which team is in the lead so you can know how much you need to try to secure the win and probably more instances I can’t currently think of.