Build: not showing names of players who leave the game early

Affected Service
Build duos (I don’t know whether extended or not.)

What is the bug?
Apparently names of players who leave the game early are not mentioned as builders.
That could be used by people who build inaproppiate objects by leaving before voting starts to avoid a ban.

It would be bad the other way around as well I believe, when all names are listed, because if you notice that your teammate is building inaproppiate stuff and you leave, there would be still a chance to become banned.

I think that would be the best way: 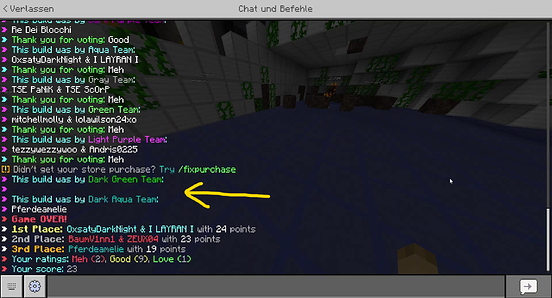 Thank you for submitting a bug report. We are discussing ways around this issue and as this post is more of a suggestion, I have marked it as closed.