What is the bug?
Bow won’t shoot…

As far as I can see, you don’t have any arrows in your hotbar, which would explain why the bow won’t shoot arrows.

Is this a serious bug report or a troll? Any further info would be appreciated.

It is either serious, as you can see “Zapper Ready” in the actionbar, and he is pressing [LT].
Or, his controller is out of battery, he has putted the arrow in a inventory slot and kept pressing the wrong button.

But I believe it isn’t a troll.

This is a serious report… Whenever I am sheriff, the game decides when I try and shoot my bow, the arrow won’t shoot and it’ll stay like that for the rest of the game, unless I get 10 coins and get a arrow…

Hey there! As Splodg3r stated,

As far as I can see, you don’t have any arrows in your hotbar, which would explain why the bow won’t shoot arrows.

Does it give you an arrow when you are the sheriff or obtain a bow?

For More Information, I spawn in as sheriff, I see the murderer, I shoot, and it counts as a shot even though the arrow doesn’t shoot.

Would you be able to provide a video of that actually happening?

Maybe the arrow has a visual glitch?

I replied to your other message with the video @Splodg3r

@Splodg3r I replied to the other message beforehand with a video…

I think the issue here is that the game won’t give him an arrow even though he is a sheriff and the game says the zapper is ready. I just did some quick testing and I found that, at least when I got 10 coins, that I can still shoot even if I move my arrow out of my hotbar and into my inventory. I didn’t get to test as a sheriff, though, so if anyone wants to test it as a sheriff and share the results, please do.

Edit: I played another round and it isn’t possible to drop the arrow, so I really don’t think he’s trolling.

I don’t have an arrow because I tried to shoot the murderer, and it ended up not shooting… It never appeared back in my hotbar…

If you could get a screen recording of the whole game, that would be very helpful

I love the way you say “Zapper Ready” lmao. 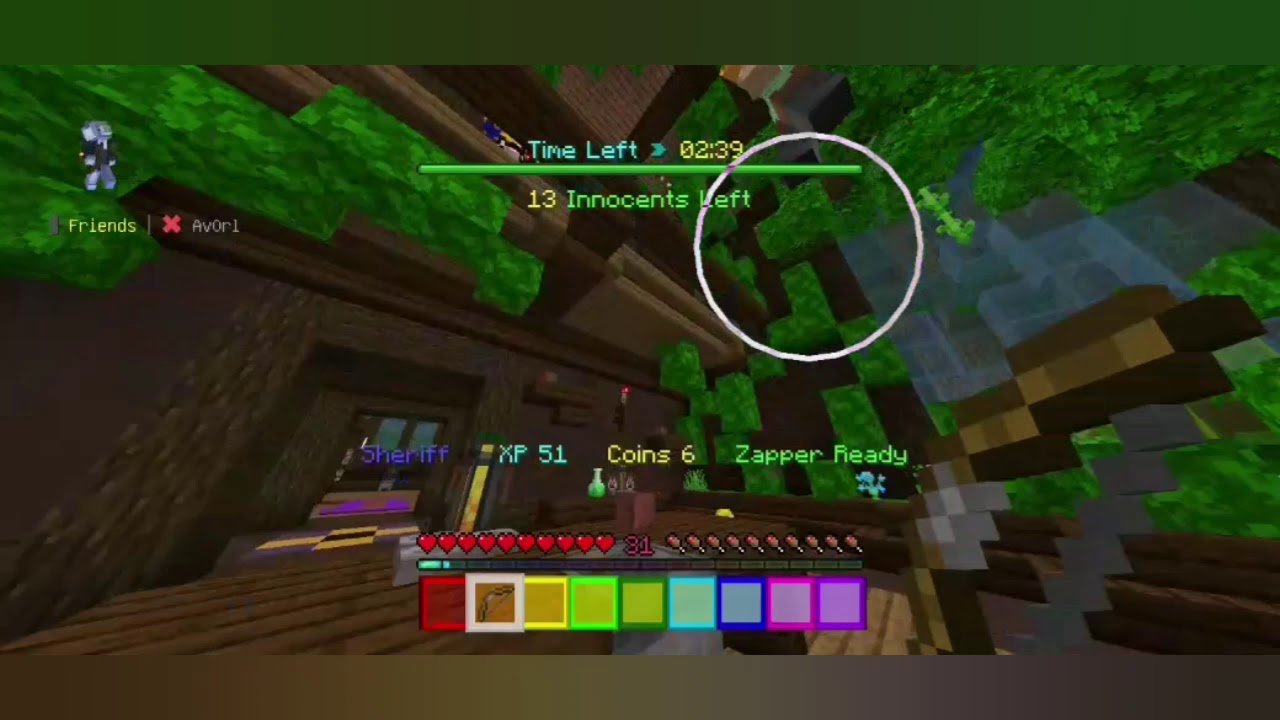 I don’t know if it matters but what I was doing before was that I had the bow pulled back for more than 1 minute while teleporting in the fireplaces. When I released the arrow, it shot then I didn’t get anything back.
1 Like