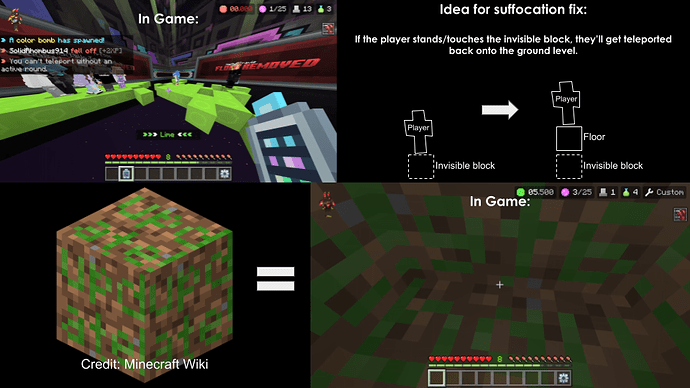 Sorry, I meant to do bugs, not suggestions. Didn’t know how to fix it because it wouldn’t let me.

Hi, welcome to the forums!
For future reference, please don’t suggest or report multiple things in one post. The first bug you reported, will hopefully be fixed in future. As for the second bug you reported, I don’t think this should be fixed, because if you fall into the void, thats your fault. Your partly already in the void, so unless you have a colour teleporter or leap, you should just fall into the void. thats all I have to say.

Thanks for reading, Seb

This is a bug report, so try and put this on the bug report page