Why the "Minecraft for Nintendo Switch sign-in system" sucks

When you get the game for the first time, you need to sign in to your Microsoft account after signing in with your Nintendo account. And no, it’s not “you click it and boom, you sign in”, NO. You have to go to a mobile or a PC to enter this “website” to enter a code!

And that might be one of the stupidest thing that Microsoft created!!! I mean, I get it, it’s for security, BUT…! You can’t even take 5 seconds and the code expires. After signing in with the code, the next sign-in does not need the code anymore. But, there are times that the game screws itself up and you have to sign in with the code again! I wasted straight up 2 hours trying to sign in the time that happened. And it happened again but this time, it fails to sign in!! 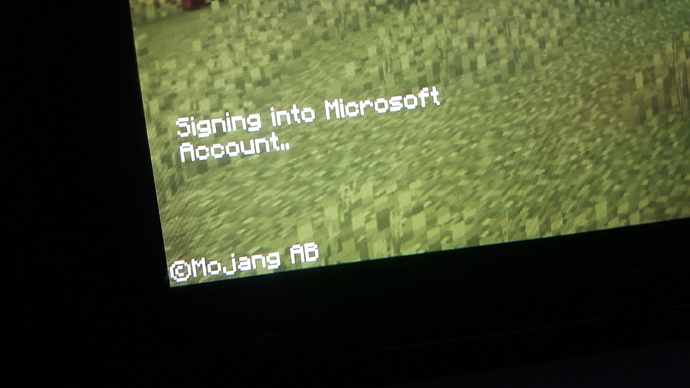 I know someone who plays Minecraft on switch and they have the same problems. It makes them sign in again with the web code every time they go I to the game again.

I think you do this with all of the new accounts you create through getting different versions. I had to do it when I got Minecraft for PS4, but it didn’t have any problems like that.

The title said “Minecraft for Nintendo Switch”, which means it doesn’t happen on PlayStation 4.

I know dude…I was just saying this doesn’t happen on PS4.