Why SkyWars is still “NEW”?

SkyWars has been released almost 2 months ago, but it still have » NEW « title. 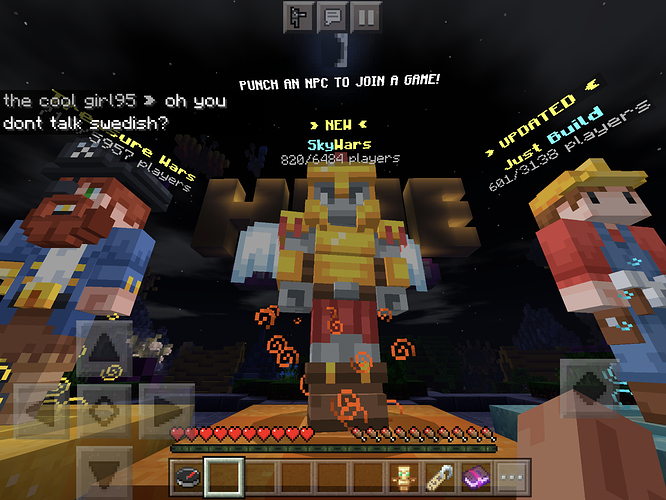 Probably, you forgot to remove this title, but it needs to be removed.

woah what a dead region you’re in

Odd. I know Just Build came out in the beginning of March, and I started playing Hive a month and a half after that. No “new” label.

The “updated” label on Deathrun wasn’t removed until SkyWars was added, two weeks after the update. I don’t think two weeks have passed since the Just Build update.

i think its bc its the most recently added game

where did you get your profile pic from?

has been out for 2 MONTHS already? really?

It’s just the most recent game to be released, I don’t see the advantage of removing the sign anyway

game selector still says survival games beta which is worse than this in my opinion.

Few years ago, I changed my profile picture to this on another platform. I love thonk

Man you didn’t have to bump this
Also Skywars is now “POPULAR”
Even though it had less players than twars when that change happened.

@Hlzyzptlk you can close this