What do You Think of the New Server Selector

For those who don’t know, the Nether Update is bringing a new server selector GUI. Here’s some screenshots: 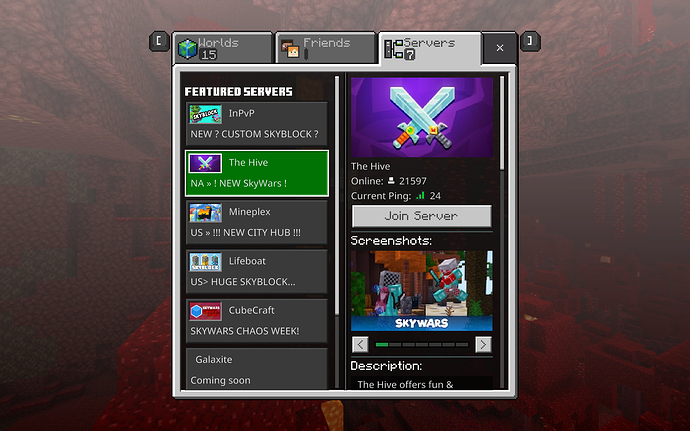 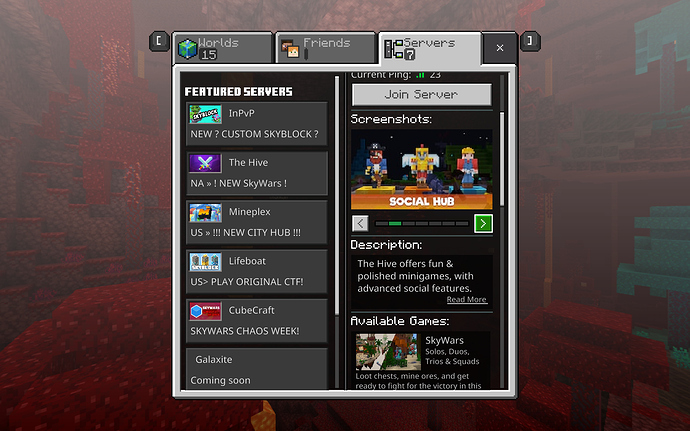 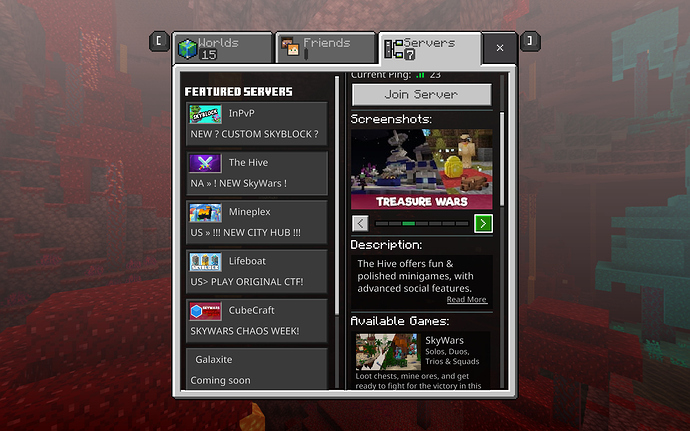 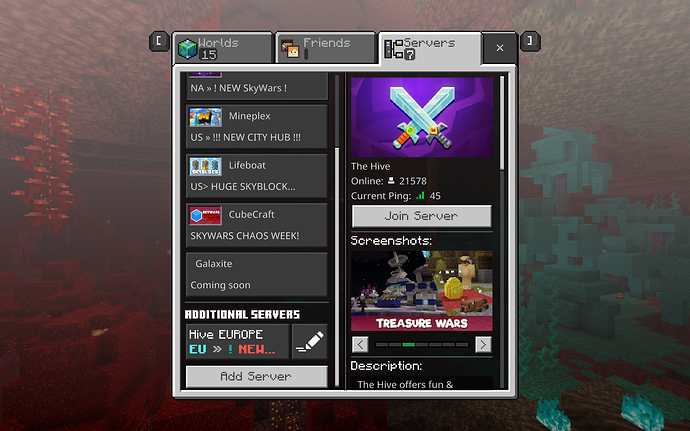 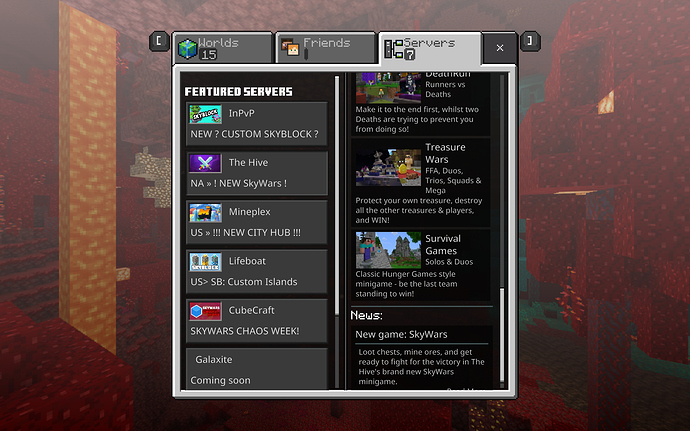 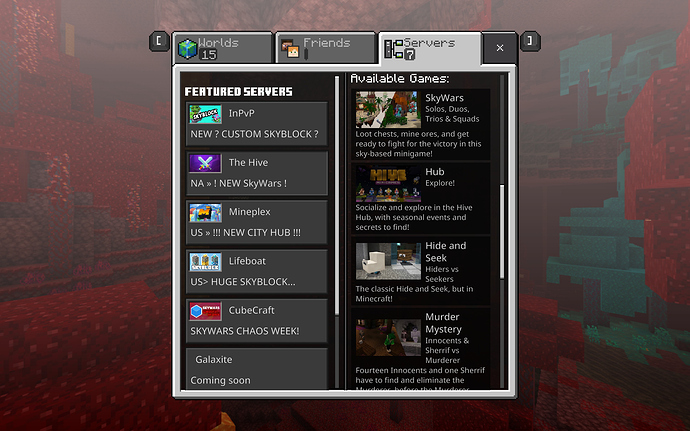 Minecraft 6_22_2020 9_59_43 AM1680×1050 508 KB
I don’t really like it. First off, it uses the Noto Sans font, which looks strange. Secondly, the pictures under the “screenshots” section have a very low resolution. I’m not sure if it’s just because it’s the beta, who knows. I also don’t like how cramped it feels. I do like is how it shows your ping, and how you can see what the servers’ games are. I kind of want the old server selection back. If I find a resource pack that brings it back, I’ll link it here.

What do you all think?

I personally like it. It shows mini games on the server lol

I personally think it looks pretty cool. Features are about the servers.

I just don’t like it because it doesn’t feel polished. The release is tomorrow, so I doubt they’d change it. If it’s changed in a later patch, I’ll probably appreciated it more. I love the idea, but I dislike some parts of how it was executed.

You could probably find a texture pack or something to change it to the old one. I want the update just so i know if galaxite is good

Pixel when do you normally play on Hive?

I’m normally on all day.

Having an additional thing to click in order to join a server get’s a dislike from me.

Okay?
id like it, it looks, no offence mojang, messed up…
edit; this is my opinion

I like the fact that they show you the ping

ik, its my own opinion, and thats what i was stating

The ability to add additional servers(NA,EU) of the main server is awesome , it just keeps the menu more organised.

I know that
what i was saying was when you click a particular server it shows the additional servers you have added to that specific main server and not all the servers in general that have been added by manually entering the IP , Which i think i have got the wrong information of

I think it does show them all, he just has that one lmao, you can see 6 featured and that only 1 additional.

btw @BlueSlimeMC you can add geo.hivebedrock.network to your list as the main IP for hive

That’s useless though… It’s the same as if I clicked the featured one.