We Built The Hive A New Solo’s Map

Hey baby it’s me, Zelderon. The Hive hasn’t made a new map for both Treasure Wars and Skywars for quite some time now. So me and a friend thought it’d be cool to just do it ourselves because why not haha.

I’ll be going over the different pieces of the map, if you wanna know how we made it you can click on the link down below 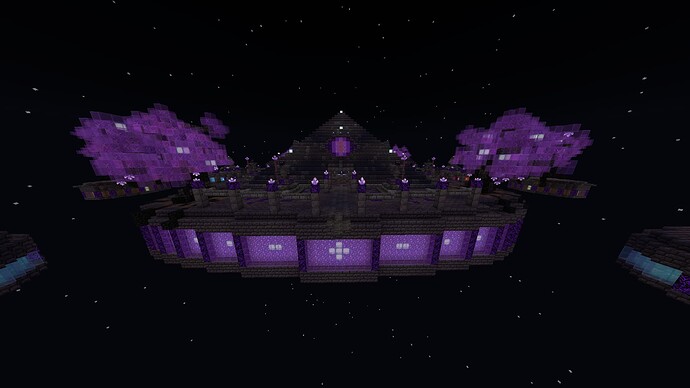 So here we have mid, we didn’t want to make another sand, grass or water themed map since the hive already has enough of those. Instead, we opted to make something that the server has never seen before and I think we really nailed it here with this mid island. 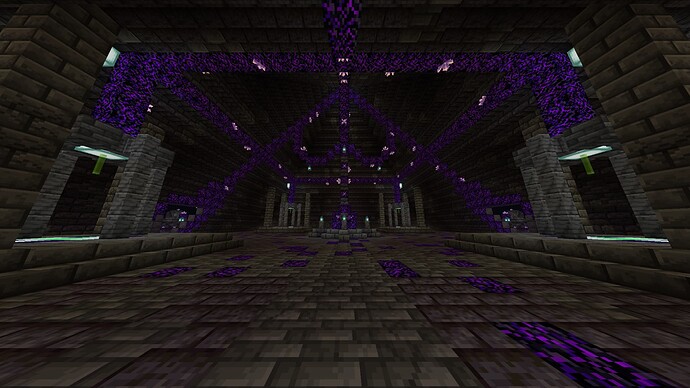 The interior is coated in crying obsidian, to give the map a much more lively feeling to it. We also spaced out our emerald generators accordingly so a player has something nice to look at while they get their snowballs haha 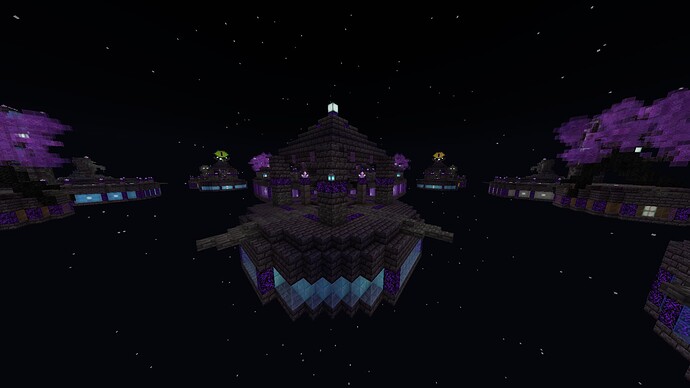 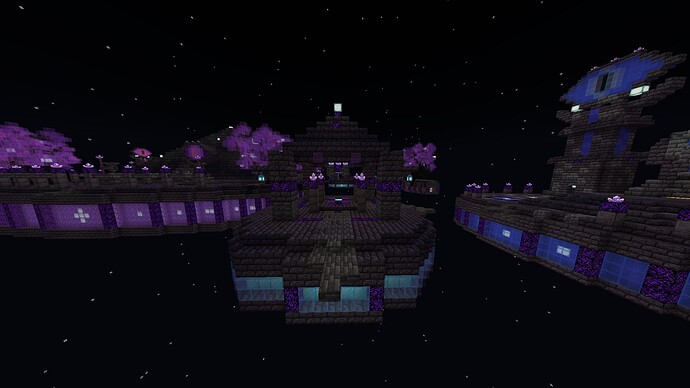 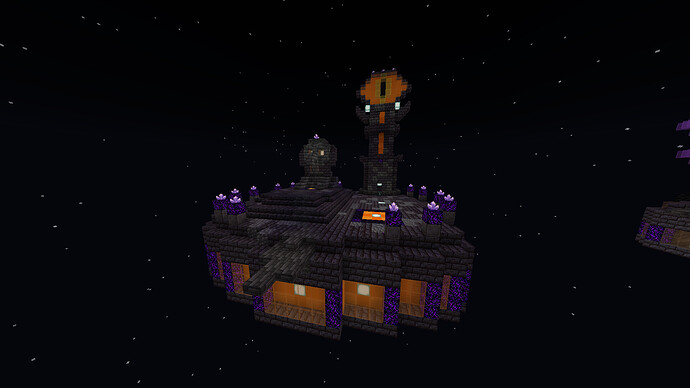 We had alot of fun building this one. Our original vision was this tower with a pyramid on the side to house the gold gen but eventually turned into what we thought was much better. The eye on the tower is big enough for players to clearly see it from the opposite side of the map, which makes it easier when deciding who to rush. 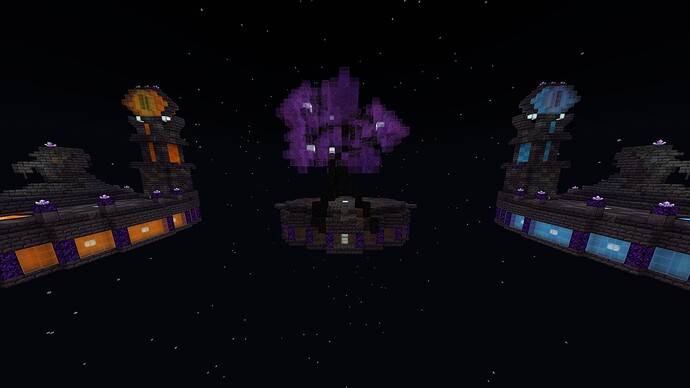 We used our original idea for diamond island for side rush island, since not alot of people are gonna PvP on these platforms, moreso use it for travel between islands. It looks pretty nice and it’s really bright. Nothing else to really put here haha

It took us an estimated 11 hours and 27 minuites to build this entire map from start to finish, and I’m glad to say that we’re extremely proud. If you’d like to know how that process went click the link here: https://www.youtube.com/watch?v=4AJVH4HhoYw&t=756s

If any Hive dev would like to contact me, my discord is Zelderon#7504. We are more than willing to give this map to you guys for free AS LONG AS we are properly credited by the team. If this map is plagiarized then we’d have a massive problem.

We would also be willing to make maps weekly in the future as long as we’re given respectable pay. Thanks for taking time to read this and adios.

This map looks amazing. Great job at all of the work

Amazing map, but it’s kind of big for Solos. Maybe adding it for Duos?

I’m still waiting for Festive to come back

The map looks great, but the hive doesn’t take maps from players…

Truly incredible. I’d love to see something like this added! Thanks for sharing!

but the hive doesn’t take maps from players…

But I’m sure they could take inspiration from player maps.

This map is absolutely insane! I would love to play on this map if it was added

This is actually crazy

Good work but put this in suggestions

Awesome work! I really like the concept. I think you are pretty talented!

Unfortunately, the Hive does not accept community-built maps from players as all of our maps and builds are designed and created by the Hive Build Team. However, if you were ever at all interested in joining the build team, this +many other awesome content would look really good in a portfolio if that’s something you wanted to get involved in.

wow this is amazing! i love it!

Well, given the response this is receiving, I bet they could easily make an exception for this map in particular.

Let a higher up know about this, I’d be more than happy to send the file over to you guys for absolutely free

Unfortunately that’s not how it works. There have been many examples of past builds shared before in the past, but none of them have ever been added since we don’t accept community submissions.

Here’s just one example I found with a quick search.

Show off buildings Off Topic

I built a SkyWars Trios / Squads map called ‘Latency’. The video below is a showcase of the map! Please let me know what you think

[Latency ~ SkyWars Map Showcase] Do bare in mind that the Hive does not accept community submissions, this is simply just a concept!

(small note, at the time of this build OnlyOrbi was only a Helper and was not on the Hive Build Team)

If you’re old enough you should join the build team