DISCLAIMER: This is in no way, meant to promote public shaming in any sort of way. This doesn’t have the obvious noob/pro, but rather different ones. Also yes this is kinda satirical please don’t end my career

#1: The Jester
Role(s): Innocent
“Tries to annoy the sheriff or whoever has a zapper, just to get killed by them. Of course, the game won’t end yet, but things may happen.”

#2: The Paranoid
Role(s): Innocent (if you have the zapper) and/or Sheriff
“Doesn’t like to trust those who stalk them, so they decide to kill anyone one who stalks them, regardless of them being murderer or not.”

#3: The Snitch
Role(s): Innocent/Murderer
“Always makes up lies about who the ‘real’ murderer is, whether or not the accuser is indeed the murderer. Could result in gamethrowing and whatnot, but you get the idea.”

I remember playing MM with you. So that’s why you were grinding it

One time when I was playing idk if these people were joking or not but they believed even the murderer could get a bow because of “hacks” or something. 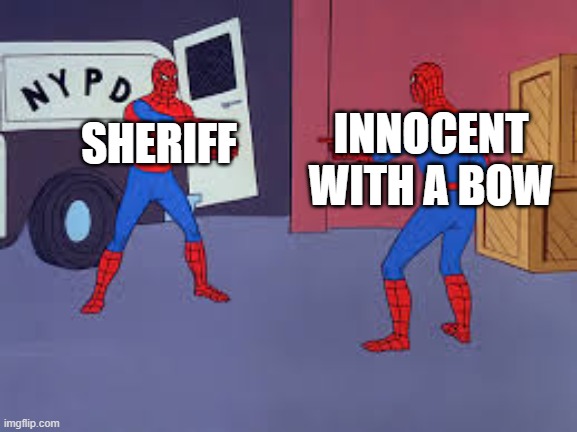 if you’re grinding MM and ur a big YT, play unicked and tell everyone to take a screenie with u before murdering everyone there

When I get yt rank I will abuse it

Some people you forgot:

The camoflauge
Someone who annoyingly wears camo skins

The coin stealer
We’ve all met those people. . .

Yeah, about the “Faker”, I technically meant that, but using a fake weapon, like punching to pretend being a murderer

Otherwise, thanks for letting me know

I’m usually the camo dude. I have like 60+ camo skins in a pack and I can easily switch to one whenever I need it and wherever I am. Also it has updated textures to match the new block appearance and some 1.16 blocks