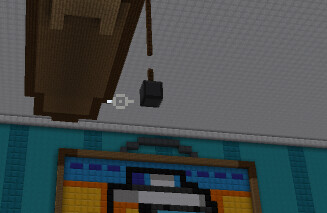 fishking do be finding all off Hive build’s team mistakes

Bruh my brain is fritzing

However this could be a rendering glitch, is your render distance max?

Your argument is flawed

This is Minecraft bedrock edition

I guess I edited to late

no not the edit, wdym by “flawed”

This is Minecraft bedrock edition

so what
If everything else in the photo is rendered, the blocks behind the missing fence is rendered, and all the other fences are rendered, then it’s not a “haha bugrock edition moment” it’s a missing block

Everything is rendered in the picture.

OH BOY, This is bad lol!

The joke is bedrock is inferior to java which is sadly true.

No no no, not what I’m saying at all, Java isn’t superior nor inferior, and the same for Bedrock. I honestly don’t get why everyone thinks one is superior to the other.

I mean sure Java has some insane farms and bedwars and Hypixel, and the list goes on, and on, and on, and on. But then the kb is absolutely bogus and PvP is impossible without a pc that doesn’t have a $2000 graphics card (not really, but it’s still expensive).

Meanwhile Bedrock can handle PvP on an iPhone and it’ll still be fine. Then Bedrock has stuff like pink glitch, like 5 new bugs per update, although I’m really happy with 1.19.

My whole point is each version has its good side and it’s bad side. There isn’t a better version or a worse version. Now, what were we talking about?

Yea it is, who’s else would it be?

Build teams make mistakes all the time, whether it be a random button or a missing lamp, this is no exception

It could be just Microsoft’s fault and it’s transferring over to Hive since it’s already in the game code or something. Maybe it is Hive’s glitch. Whatever idc

Just to clarify from looking at this in replay this isn’t a missing block it’s just the barrier blocks, I guess hive build team forgot to replace one of them with a fence