What is the bug? Player frozen in place
Explanation of the bug Players who have joined in the game straight from the hub (or lobby, not the waiting room) get frozen in place, they can’t move and use commands, but able to break blocks,
in spectator mode (after the player died) they have the death body (red color body) and shaking, still not able to move and using commands 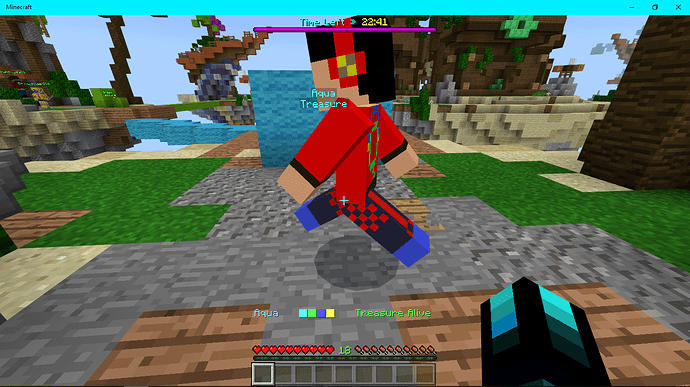 But for now the player just has to rejoin a new game.

Yeah I have to relog to play again tho

How often does this happen @Tsukun1?

It happen only once until now

Let me know if it happens again

Happened to me. Isn’t there something where if the game is about to start, it doesn’t let you join?