(Original thread by Oxro, I’ve been reassigned this thread and have been tasked with keeping this updated

Swarms are coming Soon™ so I thought I’d make a compilation post of all of the information we’ve had regarding Swarms and custom servers so far. Be sure to reply with anything that I’ve missed!

DISCLAIMER: Some of this is based purely off of presumption due to a lack of information released. When we learn more I’ll edit this where appropriate.

What are Swarms?
Swarms are the Hive’s guild / clan system which is coming in the near future. You will need to have Hive+ to make a Swarm but regular players will be able to join a Swarm. The base Swarm is free but you will be able to pay for certain features and upgrades.

What features will Swarms have?
Swarms will have the following, but isn’t limited to:

What are the custom servers?
Custom MINIGAME servers have now released - you can read more here.

Each Swarm will have access to a Swarm server as well as custom minigame servers. These will have a Swarm base, with a spleef arena, pvp arena and a configurable parkour arena where you can select designs with different difficulty levels. It’s best compared to a hub as it has some of the base hub features but primarily gives you access to Swarm features. Visitors will be allowed in both the Swarm bases & private lobbies. 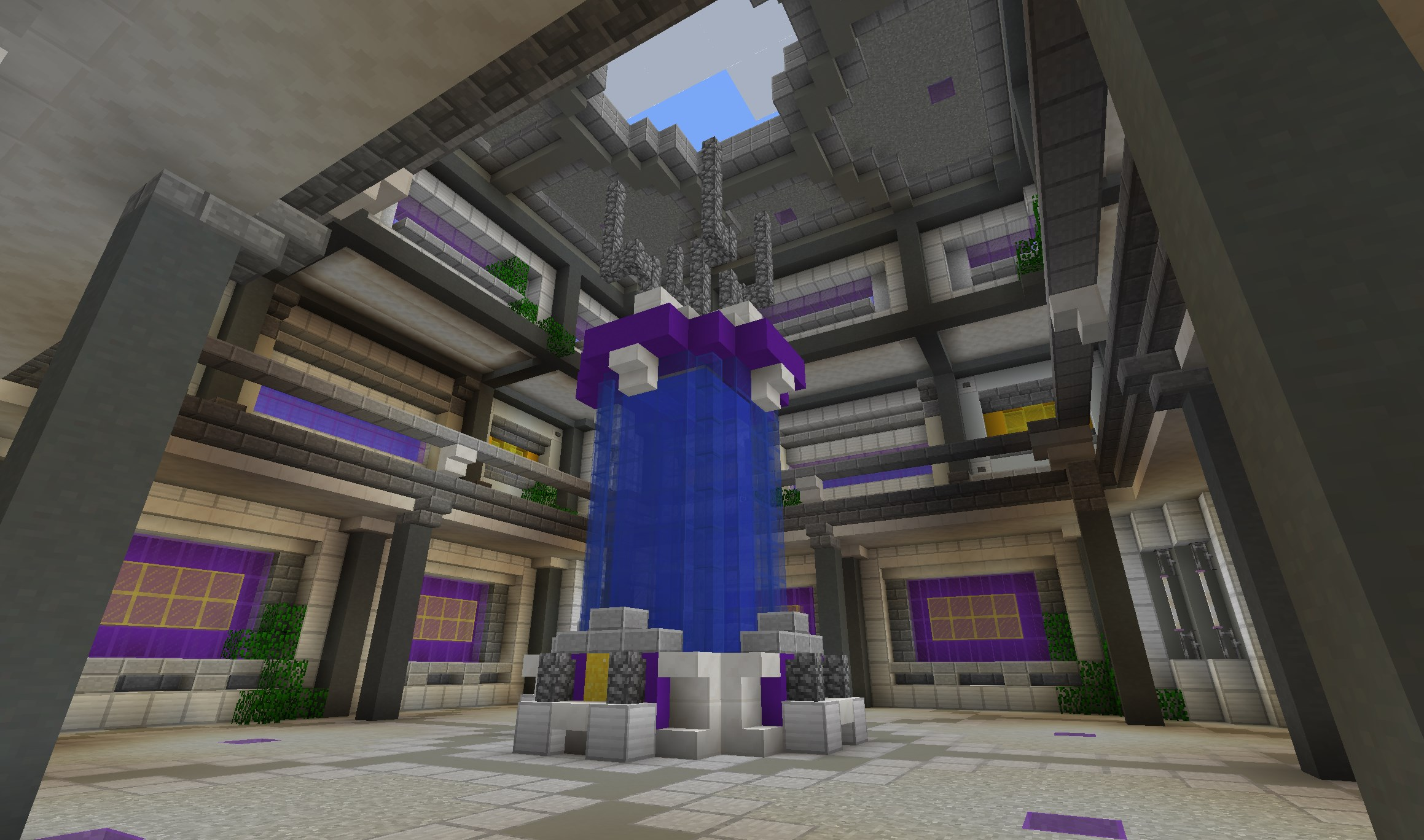 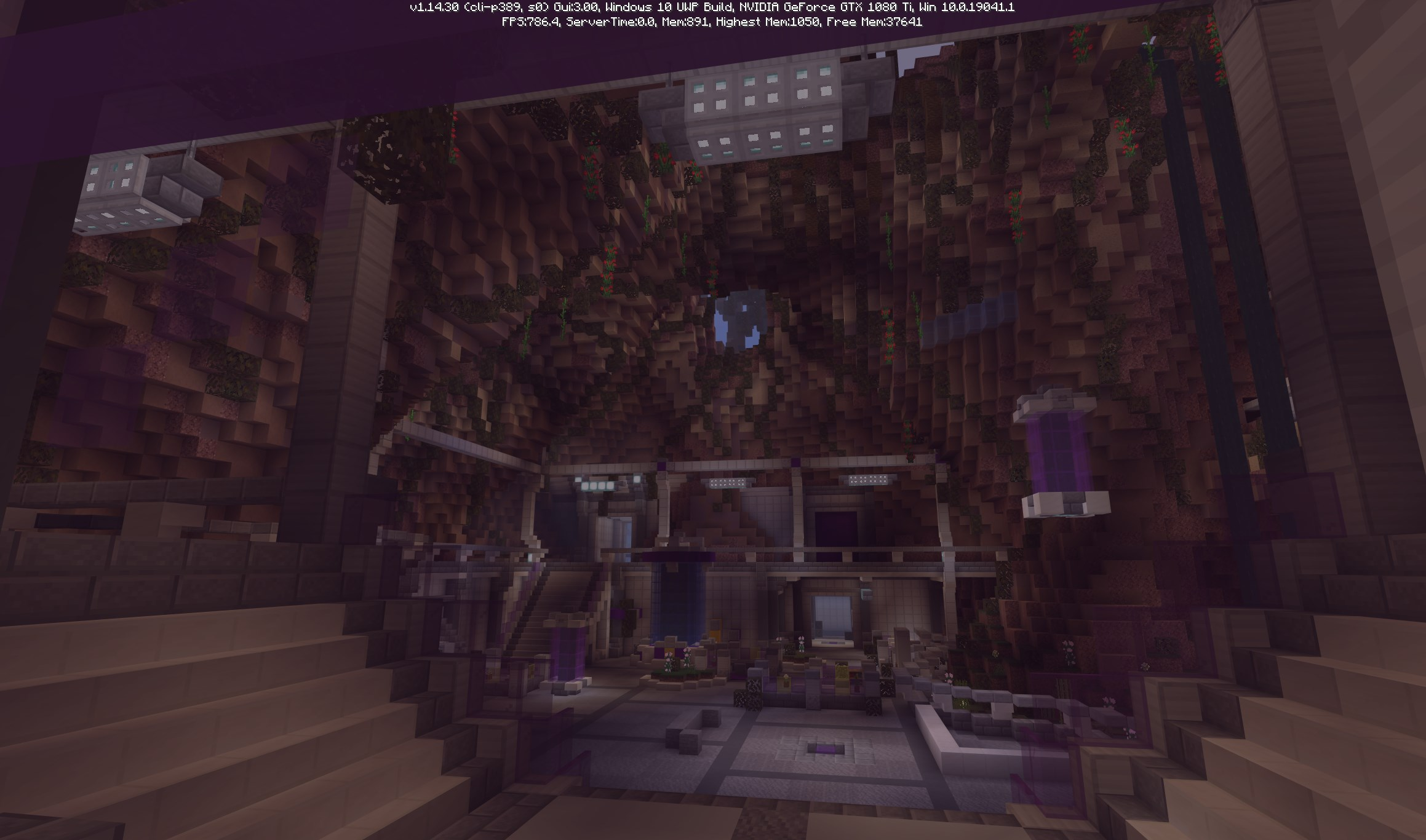 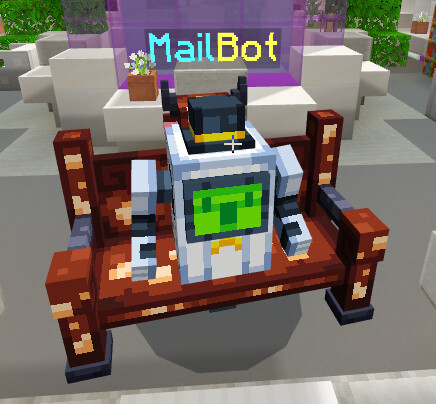 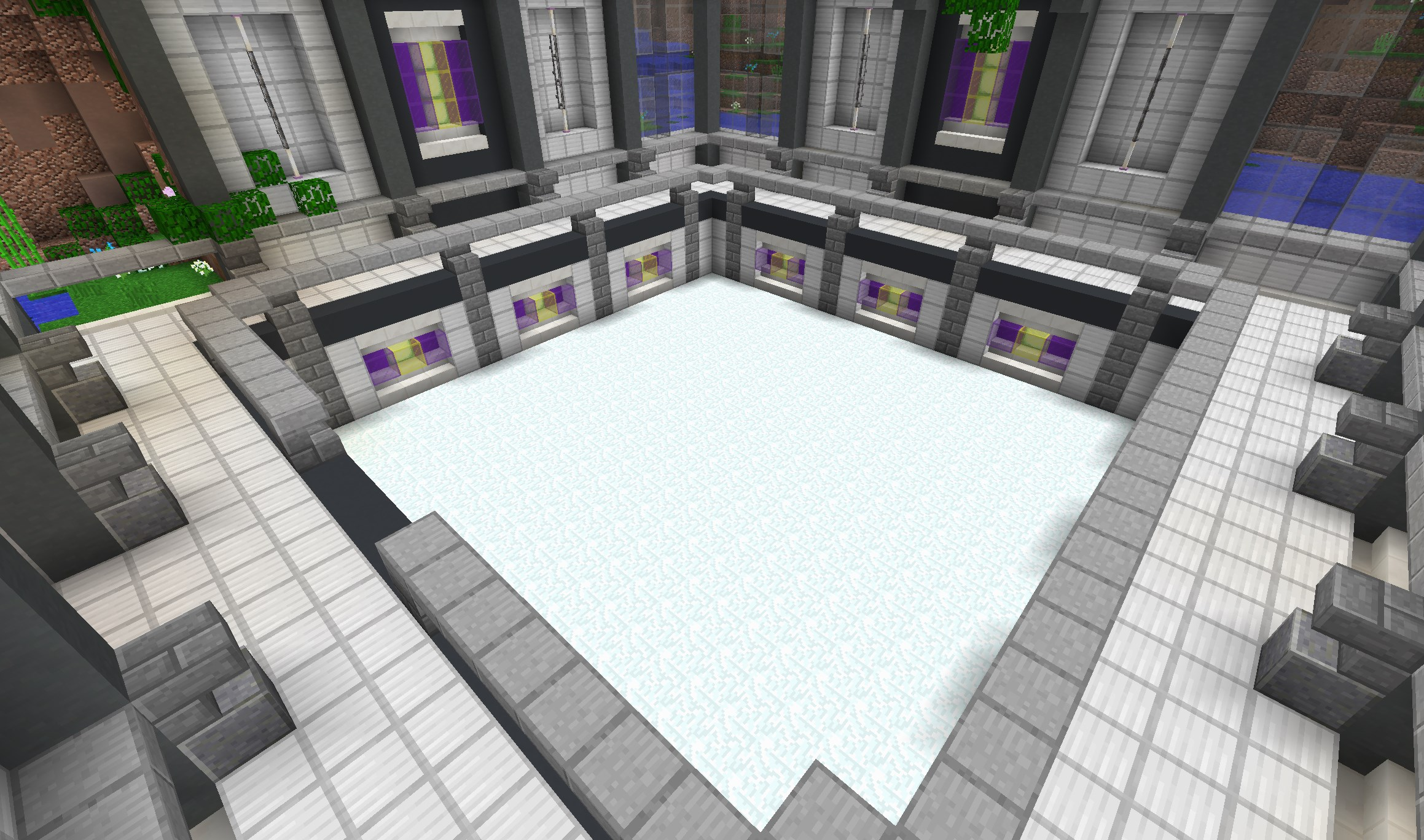 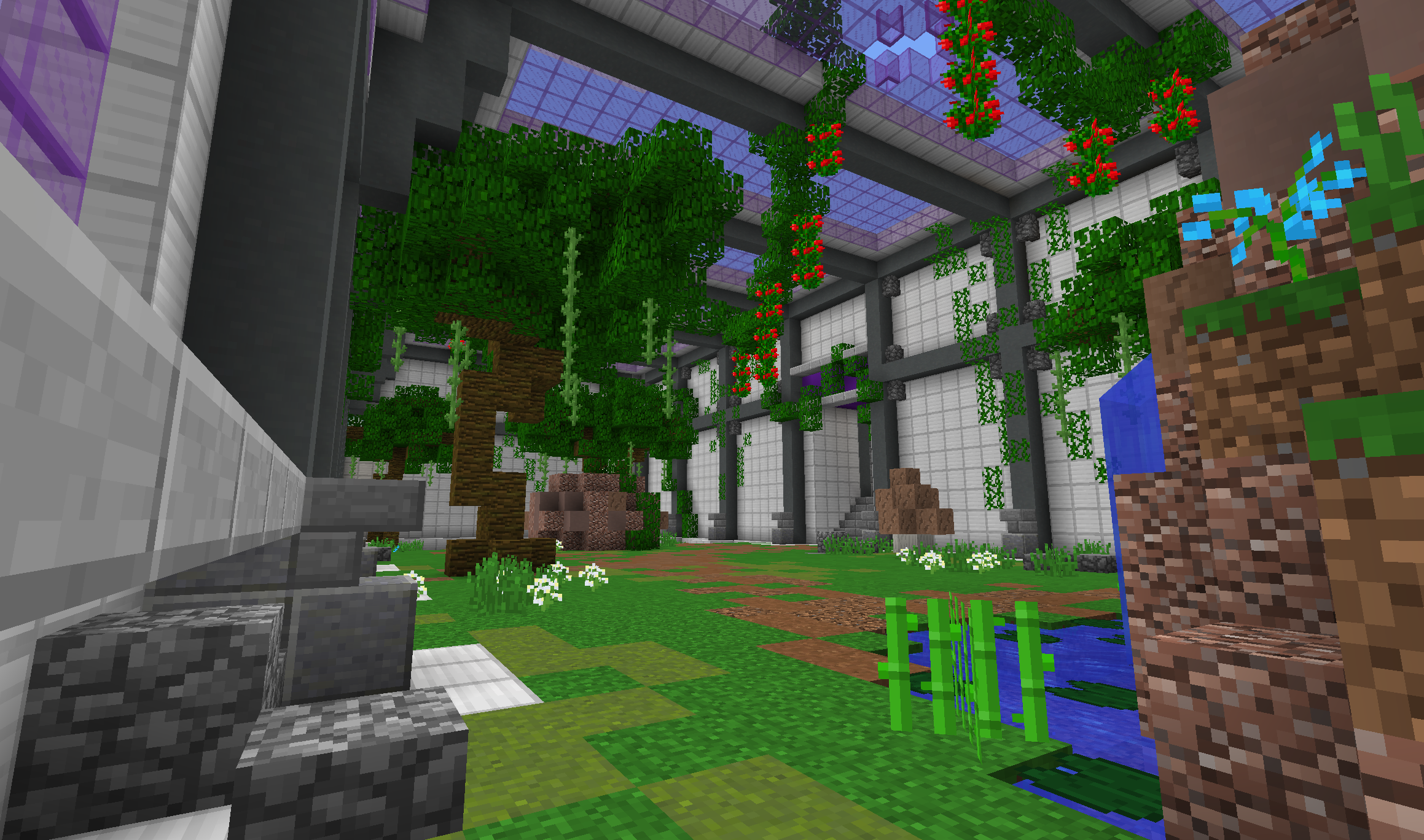 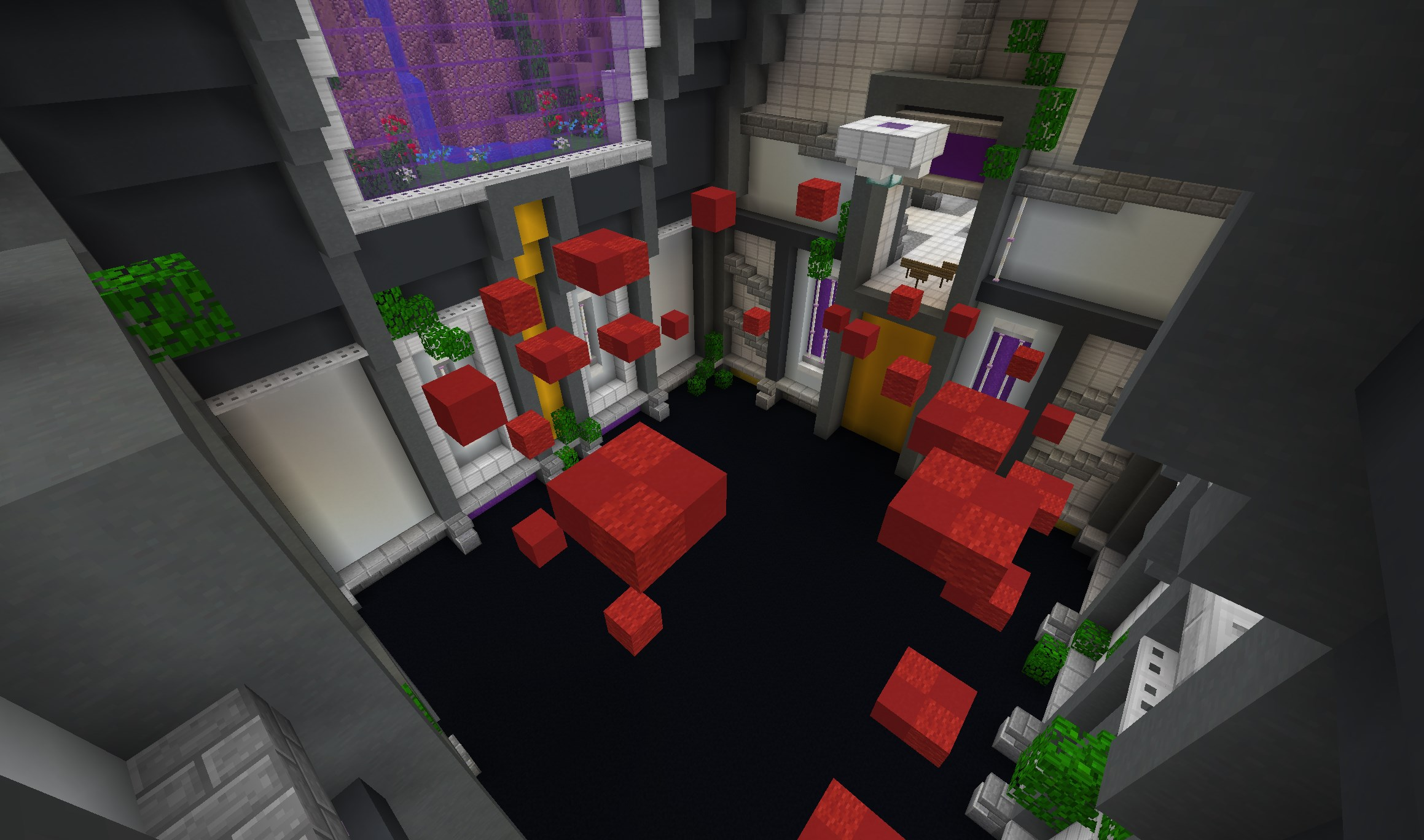 You’ll also be able to play private games of the minigames on Hive, with the ability to change some aspects of the game. It appears you’ll be able to give other players a code which will allow them to join your game. 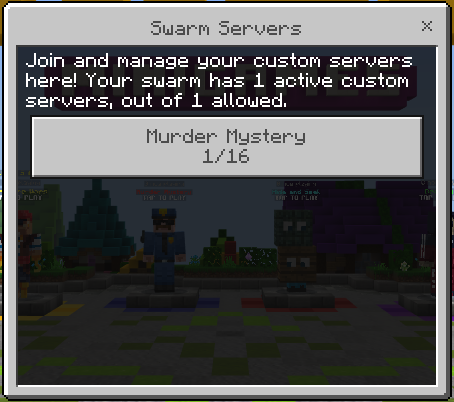 What will the custom ranks have?
You’ll be able to create 10 custom ranks, which might be upgradable. You can then assign these ranks different permissions. 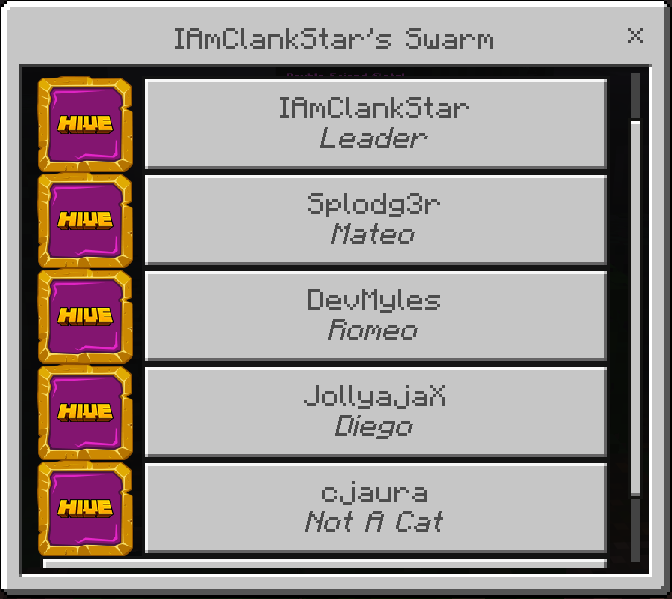 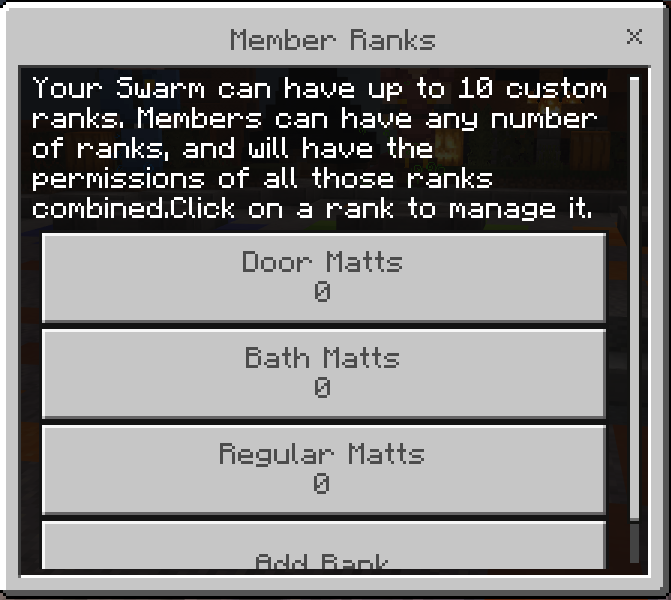 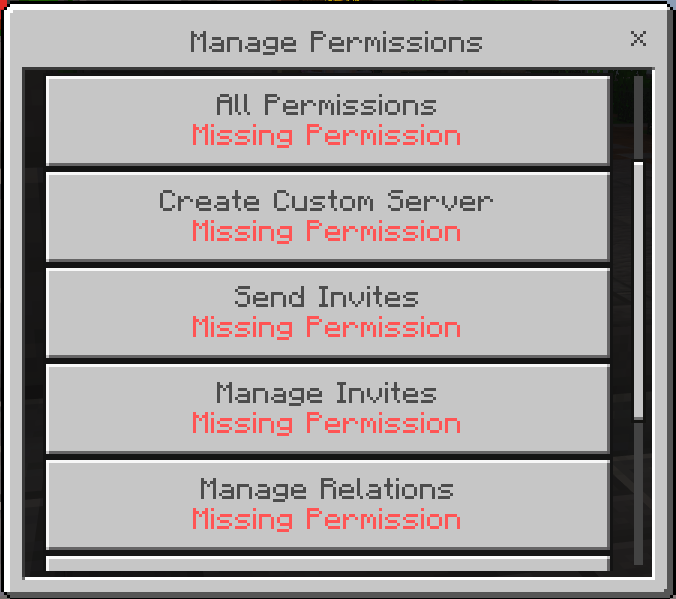 Custom Swarm ranks will be visible in your nametag. 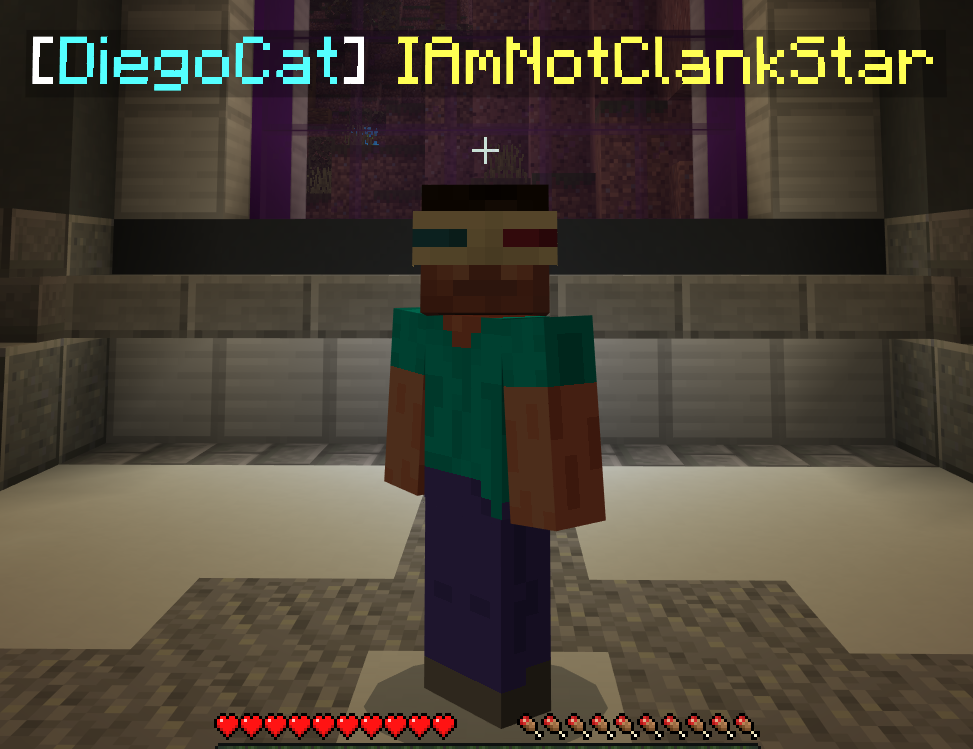 What are Swarm relations?
You’ll be able to set relations with other Swarms. These will be friendly / neutral / enemy which will allow you to easily setup Swarm battles.

It appears members of a friendly Swarm will be allowed to visit your Swarm base as well as have the ability to cross-invite to custom servers.

What are Swarm battles?
You’ll be able to battle other Swarms in games such as Treasure Wars.

What other stuff do we know?

98 Likes
Treasure Wars Duel
Swarm Bridge Arena
Can you have more than 1 Swarm ranks?
Private Games/Lobbies
Private game lobbys
What Are Swarms?
1v1 and private games
Swarms Update HIVE
How Does One Make a Clan?
I wish for y'all to add PvP arena or sumo arena
Private Games for VIP
New Badge: Buzz (Admin Approval!)
Duels, New game suggestion!
Ability to duel other swarms in TW
Duels/ 1v1 with kits
Discuss The Hive Updates Here
Combo 1v1 Gamemode!
Last one to post wins
Duels and Duels Types
Trying to Cover the Void in Treasure Wars
The Bridge adding to Hive
When are swarms coming?
When are swarms coming?
Category For Swarms
New Minigame/gamemode
New Minigame/gamemode
Add private games or blocking with sword
Can we have duels in hive
The Question/Link Hub
Skywars duels mode idea
Duels and FFA to the Hive
How can i party chat
Private Games for you and your friends
Hive memes thread
Spleef as a new minigame
What will swarms be?
WHAT IS SWARMS everyone is talkin abt it
Private Treasure Wars Games
Duels on the hive
A duels gamemode
Quick Swarms Thing
New gamemode idea
Discuss The Hive Updates Here
Tnt run and sumo plz even skyblocks
CodeChungus May 11, 2020, 12:52pm #2

It was revealed on the discord that a tnt run and sumo arena are also being considered. 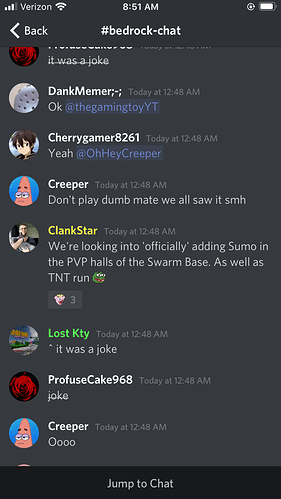 One game I see suggested a lot that I think would work well in the swarm pvp hall is the bridge. Most of the games revealed so far are fairly easy to develop, simple to understand, and fast paced. The bridge definitely meets all those requirements

i’m pretty sure it’s been announced that swarms are coming once 1.16 is released

why is that trademarked

my friend coded a bridges plugin in 2 hours

Too bad everyone I know doesn’t like to play minecraft

Bridge is super easy to make, I was able to make it in vanilla mc

I never realized swarms were going to be this big, and I’m honestly more excited for this than I am SkyWars at this point! Hype!!

Also, will the swarm base be customizable? Will players be able to build/edit their own?

That would be really cool.

Thanks for this! Do we know what Swarm battles are?

This seems really cool, I was excited for swarms and now I’m even more.

Also @Complx I can relate to you, only 2 of my (irl) friends play minecraft.

Dang. This is so exciting! Swarm bases look really cool. I’m actually more hyped for swarms instead of SkyWars now

This is hype and all, but what surprises me is that spleef and duels are going to be swarm exclusives. Hopefully they are added as proper minigames, because I’m pretty sure a lot of people would want to be able to play some games on the fly with random people as well

Swarms have given tons of hype! This has been a huge project they have been working on for a while and I’m glad to see it coming together. Nice job @anon61832688 for putting together all the little teasers they released together. This will bring a new wave of adventure to the Hive

Swarms? Tell me more what is is?

What are Swarms?
Swarms are the Hive’s guild / clan system which is coming in the near future. You will need to have Hive+ to make a Swarm but regular players will be able to join a Swarm. The base Swarm is free but you will be able to pay for certain features and upgrades.

Also welcome to the forums, hope you enjoy those !