heres some strategies i have for murderers in maps!

warehouse: here theres alot of chances to get the invisibility machine, so you shall be fine spending coins, and if theres not, theres alot of vents (2) with low light levels there you might kill or in behind crates.

office: theres many rooms, so its easy to know that most rooms will have only 1 person, theres something bad however: the boost you can buy is always speed, however, you can kill easly in rooms that arent: the one with that water thing, or the one with the blocks thing

toy house (most hated map): here, like in office, try to kill people in rooms with less than 2 persons, however here you get a 0.4 chance to get invisibility, which might work, however theres and outside so you might as well kill people there cause its big.

museum: i recommend killing in aquiarium do to there the machine has high chances to be of inivsibility, however its reccomended to kill in sections with less people (usually planetary section has most people so avoid killing there if you can)

eso hotel: many people make the mistake to use coffee machines instead of the refrigerator in the cooking room, cause the refrigerator can give you invisibility, since the map is the biggest map out of all when im writting this, it takes more time to kill people, but its easear to kill people do to less people in every room, theres also a hiding spot many people dont know, theres 3 ways to acces it, first, in the first floor in natura area go to the vine 3d model, theres a entrance, then in the second floor, theres a stair that takes you to a place with many fences in walls, one of it has no fence, and in the third floor, theres a door in the utility room.

witch school: its really good to spend coins here do to it doesnt only gives you speed but hides your identity do to it turning you into a chicken, the maze is a good place to kill as well as the painting place.

space ship: here it will be awesome to get space suit, however it is more probable that a innocent or sherrif get it, however try to get it, spend your coins in powers if not, i reccomend you killing in the small room that has a machine rather than in the rooms with computers, it is also good to kill in the outside (tree parts)

and…
my favorite map!

as a person who currently grinding MM this is my version

I dont really have a strategy as murderer in MM but I basically just kill in spots where people can’t really see. However for inno I just usually get the coins from my favourite spots, the sweet spots.

Note: My version is different because I am grinding MM to lvl 100 therefore im not trying to get the coolest shot or most amount of wins but to get the most amount of xp in the shortest amount of time. As someone who is grinding I will not share details on how I grind as I dont want the tips to affect my gameplay, aka I dont wanna ppl to learn the Strats and ruin my game :))))))) 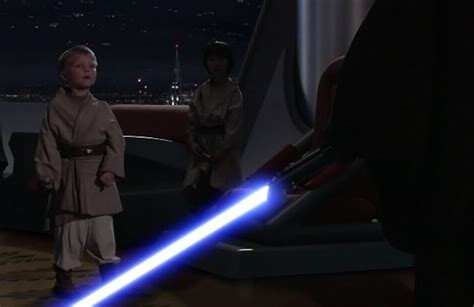 ew, how can you like toy house. its way too big and looks ugly

Toy house is my favorite for being Murderer/innocent/sheriff

same best map! Eso Hotel is the best for collecting coins and office and toy house are the best for murderer tho I prefer office then toy house

oh no, (gets killed)

I’m a noob to Murder Mystery, but I really hate Toy House because ITS ALWAYS PICKED! That, Eso Hotel, and Office seem to constantly be voted. I haven’t even played Warehouse yet.

But seriously- how do PEOPLE ALWAYS CHOOSE TOY HOUSE, OFFICE, MUSEUM, OR ESO HOTEL??? I AM SOOO SICK OF IT