Share weird things that happen on the hive here

I just played SkyWars and there was invis players.

They were probably hacking and I’d report them, only other way I’m aware of that would explain that would be if you messed with a few to many files while importing a cape.

I had huge lag spikes today. I was playing skywars, I jump bridge, and lag out and teleport back to where I started bridging.

I was in a fight, I fall off and pearl. I think I’ve missed but I’m sitting in the void but all of a sudden, I teleport back

this happened in fights too. I run away from someone and I’m back to the guy and he kills me

(ik there were a lot of ands in this but ok

LOL this is exactly what I meant when I kept lagging. F in the chat

(I got fibre today so hope things get a lot better now!)

Ah I always had fiber

Someone killed me on 0 hearts 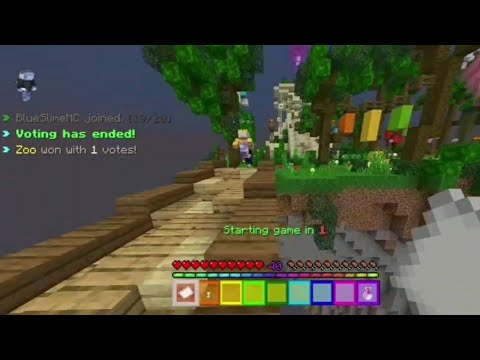 Bump cause y not

I played a game of solo tw, and was queue with a party that wanted to sumo. I told them repeatedly that that wasn’t allowed, and that I will get them banned if they didn’t stop asap. They just kinda laughed, and right then and there all but one got banned.

Bruh the last dude was so confused/scared

Yeah, sumoers are the most annoying people to go against, as if they want to sumo, they’re usually high skilled, and there’s multiple fighting you because they think that tEaMiNg To SuMo Is AlLoWeD

I agree, I think the hive should say cross-teaming (including sumo) is bannable or something like that.

Ngl, before I joined the forums, I would sumo with some of my friends. I Didn’t know it wasn’t allowed, but I probably should have figured it out. Pls don’t ban me, I don’t do it anymore