(oh yes, and since some people seems to not appreciate emojis, well here’s another one for you

Maybe the team is already working on them, but I found several issues, that I wanted to share in case of.

What is the bug?
The special skins of the server sneak in the wrong direction : forward instead of backward. 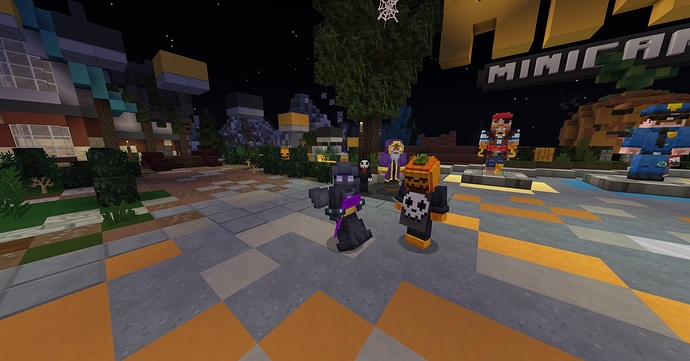 Affected Service (Game name, hub or global):
Everywhere as soon as you played a game of Death Run as a runner.

What is the bug?
First issue, the capes will remain on players.
Second issue, they are facing the wrong direction, front of body instead of back of the body.

What is the bug?
The game will randomly freezes and crashes. It does not only happen to me, I saw other people having the same issue, staying in mid-air while they were in action.

I also enjoy this topic to say that I still can’t connect to the Discord (was connected one time, deleted
Discord account, tried to recreate one, but Hive bot told me an account was already linked for BlueAngel0568)

Please do something about it.

Thanks for reporting these issues, it is very appreciated!

I have logged the issues regarding the sneak animation when wearing a costume and the issue surrounding DR capes. We are also working on fixing several issues causing crashes in several of our games