Remove the text above the skywars npc

All the games on the Hive have probably had extra text above the NPC at some point.

Now, the Hive’s most recent game, Skywars, is no exception. It definitely isn’t, since that extra text has been there for the entirety of the game’s existence why

With the new Balancing patch added, that text now says “Balance Patch.” Why in the name of Clankstar does that have to exist? A balance patch is not big enough to get large text dedicated to it above the NPC. Come to think of it, there isn’t a reason at all for text to be above the NPC. There hasn’t been a significant addition since November. Just remove the text entirely.

And don’t replace it with “Popular” either because Treasure Wars has been getting more players.

Sorry if I worded this rudely. It’s not a big thing, but it is a bit annoying. Don’t take my tone to heart here.

Why in the name of Clankstar does that have to exist?

They wouldn’t do that with such a small update.

Why do you care so much about such a minor thing

I find it quite odd that Hive continues to put Skywars in the spotlight. At this point it’s now just another minigame. They didn’t give that treatment to Just Build. I don’t remember seeing a “New!” above that NPC when I first logged on. That was April.

I don’t particularly see a problem in having a text that updates the millions of players who aren’t aware of the server and its games. Having a text above it just gives a small bit of information about whether a change was made to the game or not. The “Balancing Patch” text above the NPC can be so useful for some people who aren’t on discord or forums to understand that changes are being made to the game and they can investigate more on it.
Skywars goes through a lot of balance changes and updates which is why you find a text above it always, you can check our updates page to see how many updates and changes were made to Skywars in the recent past:- https://updates.playhive.com/
There are other texts above other games as well, like Deathrun which now shows “New Maps”
Survival games that now shows “Update coming soon” and every time an update is made to a game there has always been a text hovering above stating what is new.

They didn’t give that treatment to Just Build. I don’t remember seeing a “New!” above that NPC when I first logged on. That was April. 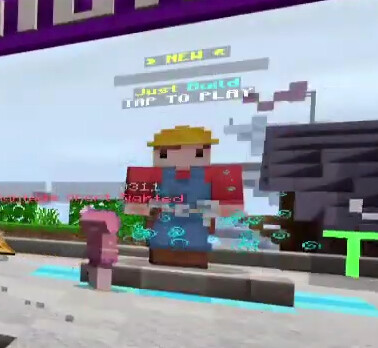 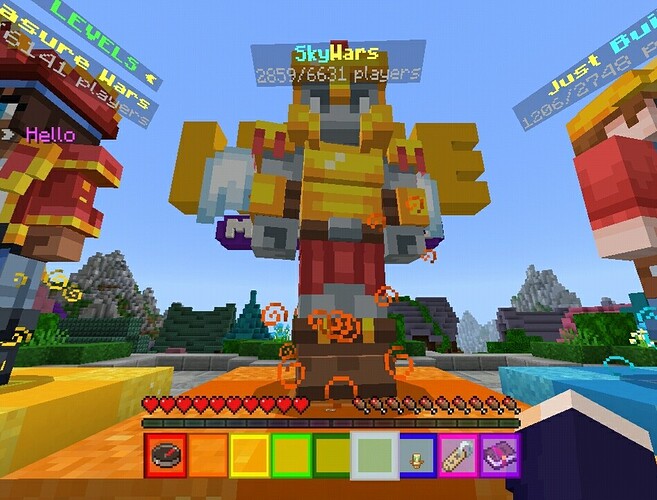