Quest does not count sometimes

What is the bug?

Quite a few people have reported their quests not being acknowledged by the quest master to be complete even though they did the quest. This has happened to me quite a few times as well, and I would have to join a new game and do the same quest all over again only because it didn’t count. I usually take on the sg, hide or deathrun quests, and in all three gamemodes I’ve faced this issue at least twice (this has happened in the span of 2-3 months). I didn’t think of reporting this bug earlier, but seeing that other players have also encountered this bug, I thought that I should report it.

Here’s a few players complaining about their quest not counting; 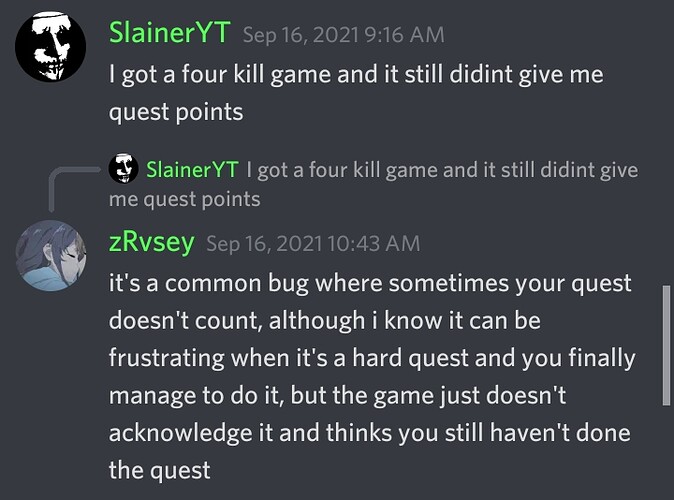 Thank you for submitting a bug report. This issue has already been reported and logged.