Im pretty sure this is against the rules but I feel like there might be some people who use their alts to intentionally gain xp from them. For example if a person had 7 alts he can party all of them and make a private game and grind xp by killing them and destroying their treasure. If you were to do that aka a perfect game you would get somewhere around 600 xp. The worst situation would be if they were to do this in treasure wars duos as the amount of players are doubled making it even more op. however for this you would need 16 alts which is quite a lot and 2 hive plus ranks and make 2 parties with 2 accounts. But that means that they can lvl up easily as you only need 7000 xp to lvl up meaning it would only take 14 quick games to lvl up.

Like I said before this may be a tactic for some people to lvl up quick as they might not be very good at the game. This wouldn’t really effect anyone but would be a little bit of a disadvantage for people who grind the proper way. Also since you can choose the amount of players in the game you can just get 1 alt and grind from that 1 alt over and over again.

To solve this you can make it that if you’re in a party with more than the amount of players needed in a team you won’t get any xp. For example if I were to join Treasure Wars Trios with 4 players I wouldn’t get any xp. This can be useful so that people can’t just grind xp like that. This can be done both with swarm parties and normal parties. However if I had 1 - 3 players in Treasure Wars Trios for example I would still get xp. Last for Swarms you just don’t get any xp no matter what

For people who want to get some xp while dueling against people with the private swarm parties or clan v clan games, this could be a problem for them. But if they really wanted xp they could of just played treasure wars normally.

what if you have a party of 8 and you’re just doing ffa solos?

Yea I think swarms prob shouldn’t get xp. I guess parties would be harder to grind with alts but it could still happen. hmm well for ffa idk but personally I think it would be better to just not get xp if you’re doin a ffa just incase.

This has happened, but since you can follow leaderboards down to the hour you can figure out if someone is boosting or not (paroxity’s graph got the guy who did this banned actually), I think following stuff like that is a better idea than something like this, so just use the honor system I guess

Good idea, what about swarms? I think it shouldn’t get any xp no matter what. Its kinda similar to hypixel parties where your stats don’t change

i already said this, hive has confirmed it

oh ok I was going to ask thegamingtoyyt but ok

what do you mean by this? I’m not to sure what you mean. I use paroxity leaderboard but I can only see a monthly and an all-time leaderboard.

Also this might be a better idea cuz even doe paroxity can check the amount of xp you gained, the damage would have all ready been done unless they wiped his account. And also there are still people out there who has gotten away from it so preventing you from even gaining xp like that would be better

yea me too. so I’m still wondering what you mean by this 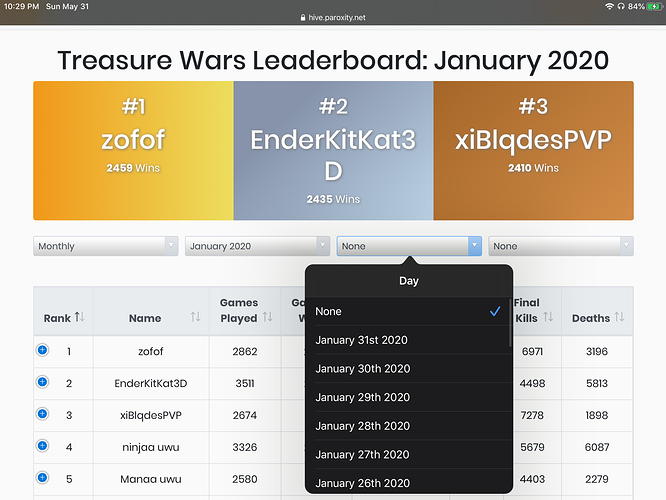 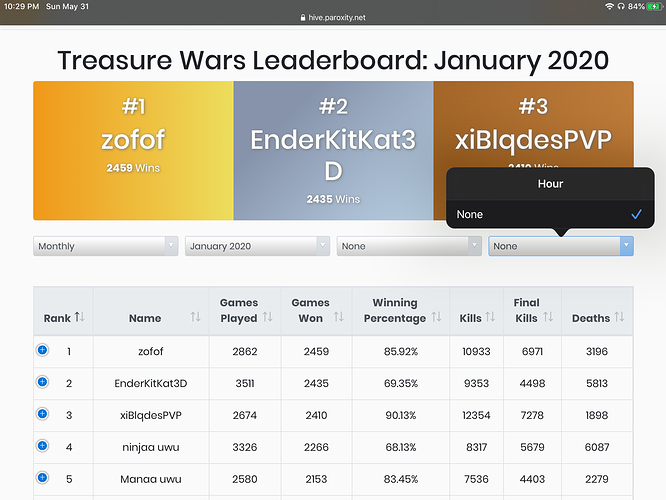 hopefully I don’t dox myself