What if people wanted to dodge someone who is much better than them? They can’t know who to dodge if there are nicks for EVERYONE.

you can look at the kill feed, and I’d presume a nick like this wouldn’t change your level, you could dodge people just fine

The top 10 hardly changes and only effects in game names. Not on the LB

I am in full agreement on this topic. As a top 20 all time player, my team is constantly getting swarmed during tryhard matches. Its not bad when its run of the mill players, but get a match with 3 other tryhard teams and watch where every team goes, they target the highest rank or lb grinders. Its almost comical watching the other teams with light protection on their treasures, while our teams entire base will be covered by blocks from every other team.

And don’t say, if you are good you can take them. No, with 3 other teams attacking its nearly impossible. TW is about speed, skill, and strategy. All of those can be overcome by mass quantities of inbound players. The best player here cannot defeat 2 or 3 people at the same time unless they are amped up on armor/weapons. Like for like, can’t be done. My friends list includes the top 10 players and I have never seen skill outmatch a mass attack from a swarm of opponents targeting you.

Either give it to the top players or take it away from YT rank. Its the same situation for both player types.

Welcome to the forums!!!

I see how this can be an issue for top ranked players, although like I said above, what about people who usually dodge good players? Also you can report these teams and players for targetting.

you can look at the kill feed, and I’d presume a nick like this wouldn’t change your level, you could dodge people just fine

It’s not always about level, Some players that are level 100 are not good, so even if levels were unchanged, you’re still not going to know who it is. Also nicks can be changed from time to time which makes the dodging issue even worse.

Also about the kill feed, People don’t want to just join a game, see the kill feed mid-game and just leave (and lose) and repeat this every day for numerous lb grinders.

If you have to dodge good players, and the hive implemented this, that sounds like your problem, and not the servers problem

what i do is crouch in the lobby, works every time 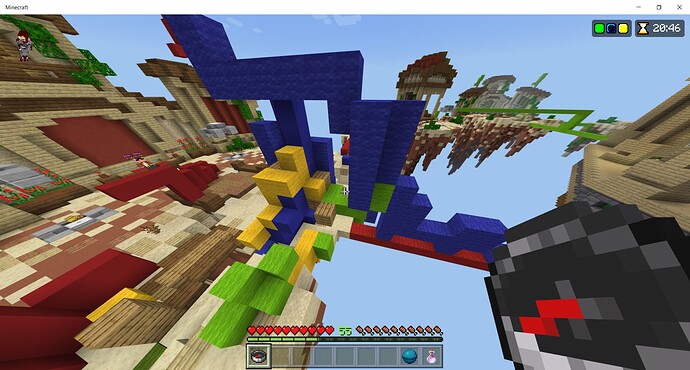 This is what targeting looks like. Notice ALL other colors are there. Not a single opposing color was on any other base, just red.