Hey bees ! So I’m sure many of you are familiar with the extremely long My Cookie lore. An example can be found here. So, I decided, why not make a whole story (I guess if you wanna call it that) that would be based on that lore.

“But Leo, isn’t the Cookie lore dead ?”
Yeah, it kinda is. But, my work would only be loosely based on that lore. So, be prepared to see a lot of unique things coming up !!

If you want to participate, here’s the Google Forms link- Click me!
Do note that entries are closed

Also, credits to @GoldenCenturia for the forms format and a huge thanks to @Akricap and @iGaboDabo for volunteering to help !

Edit- If you want to apply to be a writer, dm me your application on Discord with this format-
Your forums username-
Why do you want to be a writer ?
That’s it.
Edit 2- I have updated the Google Form. Those who have applied but aren’t on the discord server, pls resubmit the updated form. Thank you and sorry for the trouble.

Thank you for the tag!

I have a question, what will this story be about?

About this forum game:

So this game is simple. Person above you has cookie and you have to somehow distract them and take their cookie. for eg. Person A- has the cookie Person B- I set off fireworks and you got distracted. My Cookie! Person C- I dropped some candies on the floor and you got distracted. My Cookie! and so on the chain continues, no finding loopholes Lets start! I have the Cookie!!

people have done a bunch of deep stories and roleplay there, so Leo decided to make a story about it.

So I know I said that entries will close on the 20th of this month, but we have enough characters to start working on the main plot of the story. Here are the characters-

Diamond(DiamondBoy4005) : Diamond, also called Fynn by his closest friends, is a Scottish scientist officially considered to be crazy. He doesn’t have many friends and mostly spends time alone, investigating for some kind of parallel realm coexisting where Earth is located. No other professional believes him, but they might have to think twice.

Leon(me) : One of Diamond’s closest friends who he met not long ago. Leon can be a bit of a nerd and obsess over things too much. As the guy who formed the group, he feels responsibility over everyone and understands the importance of the cookie. Sometimes he can be a bit too serious and untrusting, but one can never be too cautious.

Gabo(iGaboDabo) : Gabo is younger than Leon, his distant cousin who he recently stumbled with. Like many other Americans, Gabo and his family was forced to escape to Europe, cutting his creative life plans short. He was never the adventurous type, but this time he has no choice but to break his routine.

Centy(GoldenCenturia) : Centy, as everyone calls her, is Gabo’s younger sister. She’s had a pretty wacky childhood constantly moving away from conflict, so she never had a chance to interact with others her age. Although she is lonely most of the time, Centy can be cheerful, enthusiastic, curious, and hungry for more adventure. She and Gabo have a complicated relationship: they love each other very much, but can fight or disagree very easily.

Akry(Akricap) : Akry was Gabo’s friend in school, but they were separated due to the conflicts. Fortunately, they found each other again recently. As a friendly and warm person, he is the polar opposite of Leon. He is pretty optimistic and naïve, but he also doesn’t realize he’s pretty smart. He can also be a rule breaker or rebel sometimes.

Stone(ShubbleYT2007) : Mr. Stone, also known as Stone Heart due to his selfishness and greed, is a British businessman and one of the richest people on the planet. He has a big influence on the government, military, and the country. Stone sees potential in the cookie, and believes they could use it to open some kind of doorway to this parallel realm and find something that might help them in war.

Purzy(CaptainPurzy) : Captain Purzy is a young woman from the British Navy. She has gotten a high status by taking credit from her hard working comrades. With very few experience, Purzy can be easily manipulated and is quite innocent herself, but has been favored by people in power, making her grow a huge ego.

Tater(custom) : Tater is a stubborn British scientist working for the government and for Stone. He and Diamond have a long history of rivalry, competing each other to be the guy who discovers, knows, and invents more stuff. They also tend to bicker about stupid things, and have never really settled their differences. After the cookie was discovered, their rivalry escalated to them becoming major enemies.

Pomme de Terre(LaggyBoiShay) : Not much is known about this French scientist, but mostly everyone can agree he is a real Chad. He has no connections with any of the other characters introduced, he’s just a cooler version of Diamond, which might explain why he is so jealous of this mysterious character.

Thank you to everyone who entered!! The first chapter will be released in a few days !

edit- Credits to @iGaboDabo for writing the descriptions and also to @Akricap for his assistance !

Then it’s just me and shubble

Oh yea about that, here’s the main setting of the story. Thanks Gabo for reminding me about this-
Setting: It’s the year 2030, and there have been massive changes in the world ever since Sbaria (present day Russia) started arming its forces. WW3 happened, the bloodiest battle yet in human history, that totally shook the modern world, and still may not have fully ended.

To give a quick update on what happened, Sbaria and UCC (present day China) joined forces and took over most of the eastern part of the world, whilst the entire continent of America spiraled into hopelessness and ruin due to corruption, a crash in the economy, inequality and just pure chaos. Because if this, hundreds of millions fled to Europe, mainly Kingdonia (present day UK), which became a world power again after “temporarily” occupying most Western European and African countries.

It is said that in the next couple of years, Kingdonia will have to face Sbaria and UCC, to see who is the most dominant world power. For now, the world is in a bit of a peaceful and uneventful state. Well, at least for 5 seconds! As a powerful and mysterious cookie is found, Kingdonia sees a chance to change world history.
As before, credits to @iGaboDabo for writing this and @Akricap for his support!!

This story is sounding Amazing!

Hey everyone! We’re happy to announce the prologue is out on Wattpad

Read Prologue: The Rupture from the story My Cookie by zLeo0364 with 3 reads. cookie. Somewhere in a remote place near Aberdeen, Scotland Whir whir whir!

Big thanks to Leo for making the account and Akry for the main idea
Ignore everything else lol, we’re still working on the description and the cover of the story and more stuff

Make sure to let us know if you enjoyed the prologue and what we can improve on!

That is a truly amazing prologue!

Only think it was missing was my character

Your character will be introduced later.

I know I was just being silly

It was super fun to read!

Also any updates on me being able to maybe make like a side story or something?

Sorry, we have plenty of writers at the moment, and currently, we don’t intend on adding any more.

Good night/morning/afternoon! We have published a new chapter, and technically the first:

Read Chapter 1: Cards from the story My Cookie by zLeo0364 with 5 reads. cookie. Airport near Amiens, Kingdonia (Present day France) Centuria watched from a c...

Leo is a bit busy right now, but Akry and I will be working on the story for the nexts chapters. If you’re wondering, chapters will normally be around the same size as this one.
Hope everyone enjoys!

Can ya guys add me?
If it’s alr started u don’t have to

If you want to participate, here’s the Google Forms link- Click me!
Do note that entries are closed 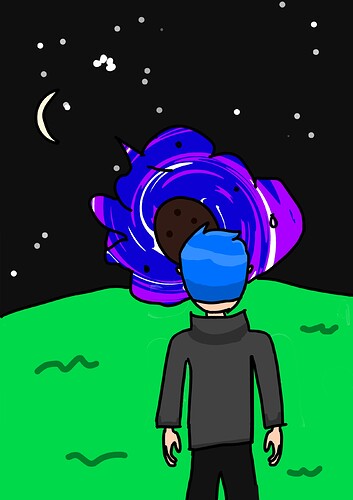 I wonder who that mysterious person is!

Imma make an watt pad account and vote on the story.

Also
This is my favourite line in like any book: