What is the bug?
The quest was ‘kill 12 players in snow wars’ and every kill counted as 2. I was thinking of not posting this as its an ltm and quests are quite scuffed with games which aren’t gonna last long 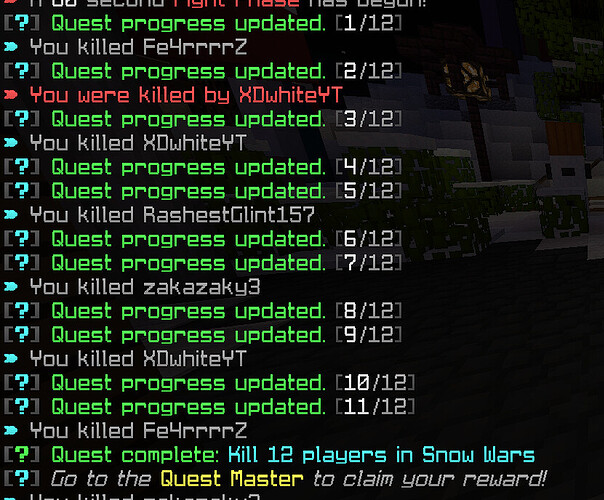 Thank you for submitting a bug report. This issue has already been reported and logged