Explanation of Issue:
The current translation “スペシャル” (“special”) is basically used as an adjective in Japan, so using the word by itself would result in a sentence lacking meaning.
Therefore, the word “スペシャル” should be indicated as “スペシャルアイテム” (“special item”) so that all Japanese player can understand it.

The text described in some CS settings should also be changed accordingly.
Second image below:
Affected Text:
スペシャル を有効にする 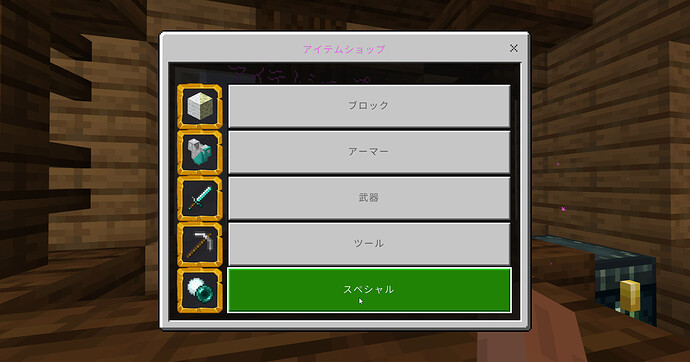 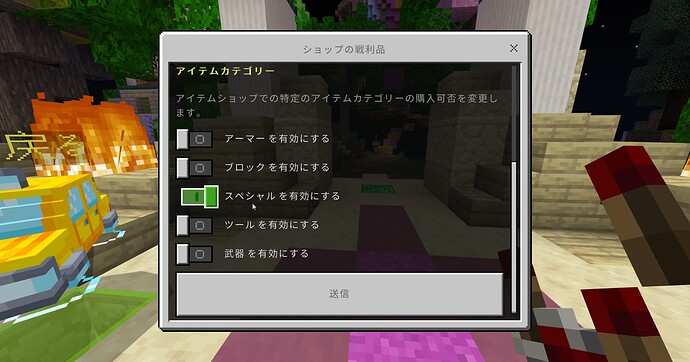 Thank you for submitting these translation suggestions.

I have gone ahead and implemented these changes, the modified text will appear in-game soon