So I was playing Murder Mystery as the murderer and everyone was dead except one person. I saw someone by the fountain who appeared to be AFK so I tried to kill them and couldn’t. I thought they were hacking so I recorded me trying to kill them and went around the map until I found another person and killed them, and the round was over. It was so weird. Why was that other player even there? Were they an admin or something?

Was it a steve? If so, the entity probably didn’t render. Just restart Minecraft to fix this bug.

Or the game was just very laggy, and the person’s skin was there, but he really wasn’t.
(im bad at explaining)

It was a guy in green with blonde hair. They were crouching by the fountain on the Witch School map. I’m pretty sure it wasn’t an entity, all my other NPCs were loading fine.

Maybe he was hacking, can you give a screenshot? 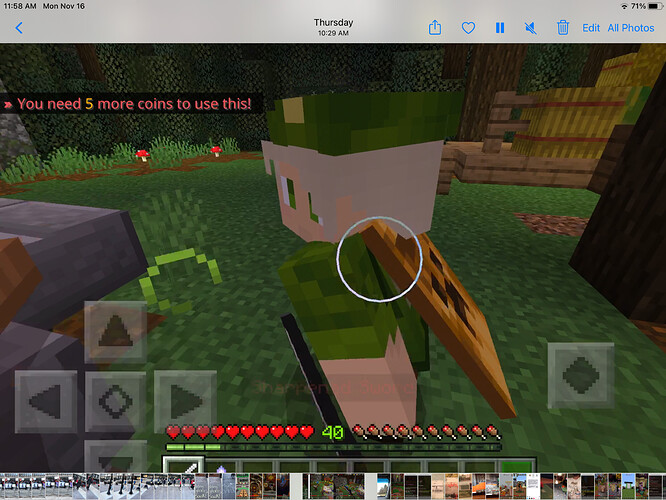 It could be lag, was he moving at all?

No, he wasn’t moving. Also I checked the list of people in the game and his username was there, although I can’t remember it

Is it in the video? Maybe screenshot the name?

The name isn’t in the video, aargh, I should have put it there though

Sometimes people go offline, but their body is still there. It’s only a visual glitch, so it shouldn’t effect gameplay too much.

Also maybe try and crop the picture, bc we can see some of the other pics in there

Thank you for bringing this to our attention. If you still have the video, you can privately message me and send me the video, and I shall have it looked into.
Just a gentle reminder, but you can always report any suspicious players to either me, another helper, or moderator privately by clicking on our names or going to our profiles and clicking on the envelope icon. If you are able to, we also advise that you report suspicious players on the Hive Discord server, but if you are unable to, messaging us here on the forums is always fine.

What Adept and Arianna said