I had an odd idea of dress-up costumes that would work like regular costumes but leave your current skins head (and maybe even limbs) available.

Example being the Ice Queen costume, having it be just her outfit instead of covering the face as well.

Or being able to wear just the wings or fin of a fav costume, if that makes much sense.

Edit to add visual for idea:
The narwhal costume. Putting the horn and fin on only and having a narwhal mermaid! 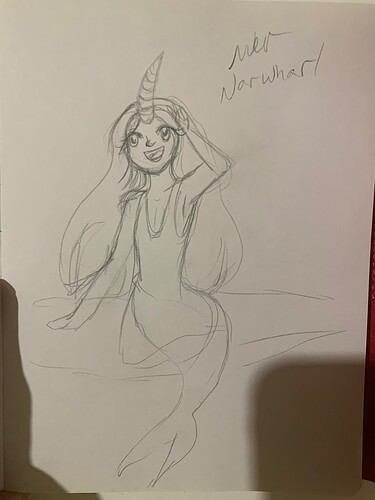 This is one of the best ideas I have seen on the forums, voted!

A way to change ur skin without having to change ur skin. As a mobile player who only has access to one imported skin at a time without downloading a new image file each time i wanna swap (excluding marketplace skins lol), this would be super useful.