So the Sonic Party Games had great background music. This got me wondering what if DeathRun had custom background music as well? Perhaps something similar to Temple Run music? You probably know the game I’m talking about if you had a phone in the early/mid 2010s and you were bored at school. 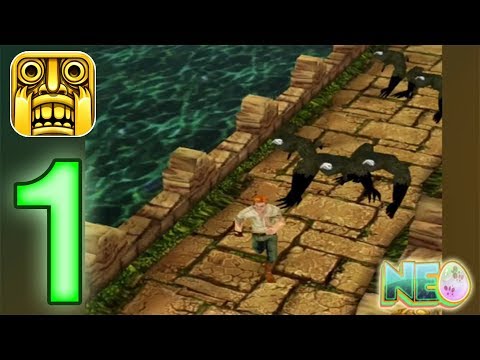 I miss the older version!

Honestly that would make a great April Fools joke lol

Get permission from Noxcrew to use some of their music

I personally think that this is unnecessary since players can also use their own service out of Hive’s control to listen to music, since they might prefer other music. Also, if this is implemented, the Hive will have to add a custom pack, which will be implemented for all, even for those who don’t play DeathRun, and may cause hate. Feel free to share your opinions to mine, since I’d love to hear your ideas too!

People could always mute the custom music The Hive had in the Sonic event by using a item in their inventory if they wished to listen to other music in the background. Music in DR will be optional for all as well.

People who play on other devices such as mobile or on the switch may not have the ability to play their own music whilst playing anyways.

Mhm! I play on PC but still, I would love this, there aren’t any sounds that happen in Dr so voted!

Looking back at this suggestion I have realized a problem. Creating one sound track for every map will probably not work out well. Temple Run style music may fit some maps well such as Zoo or Relic, but it probably won’t go well with other maps such as School or Snow City.

One solution to this is to make a universal DeathRun sound track and altering the music a bit for certain maps.

Let’s take the Temple Run sound track again as an example. If they ever decide to make a space themed DeathRun map, then they could alter the music to make it sound more futuristic. Such as adding electro music into the sound track.

However The Hive team may consider this to be too much time & effort to be worth actually doing this. But it would be awesome if they decide to go ahead with this

Though, like I said, the custom music will still be there for those who don’t even play DeathRun, and sometimes, they may not have the capability to have the pack as they might have a low-end device.