Change mounts from ‘in progress’ to released

Idea- change mounts from ‘in progress to ‘released’ as it’s well , released! 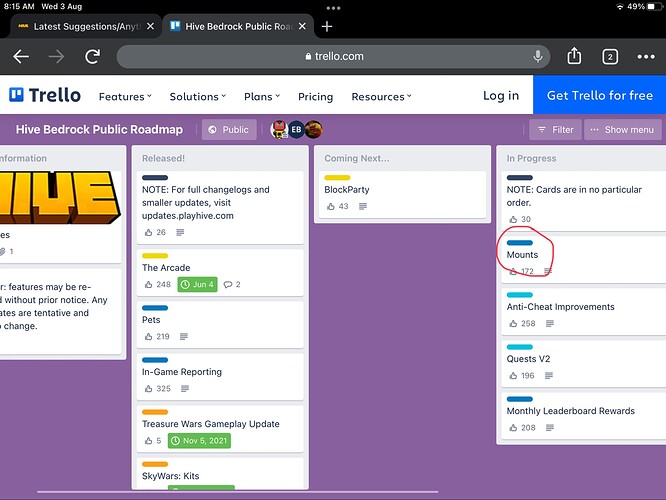 this might actually be a bug, idk though
also not sure if this site is affiliated with hive in any way

Maybe it’s in “In Progress” because there are still some planned mounts.

But pets aren’t done yet
But it’s in released …

Why does this only have 5 votes / have they not done this? Mounts have been out a while so they literally just need to click and drag a box

The road map gets updated periodically, there’s no need for suggestions for stuff like this