What is the bug?
The colours shown on the NPCs are not corresponding to the particles. Notice how the blue Murder Mystery NPC has green/lime particles and the Survival Games NPC has orange. These don’t match the blocks placed down around the NPCs.

I know this doesn’t seem like a bug to report, but it can be a rather big issue to those who might get frustrated with the changes. 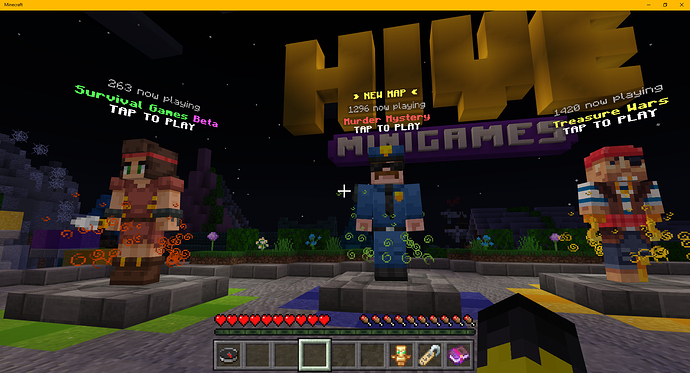 Thank you for submitting a bug report. This is actually how they are intended to look, as annoying as you may find it