What is the bug?
After dying in a round and joining a new game. the old round still counted me as an alive player and thus I was getting all chat notifications from the other game and was able to see the players and timers as well (visible in screenshot).
And after the first round, I had ended I was teleported to the lobby again and again because of which I had to relog.
Device: Win10, Version: Bedrock(PE)
What platform do you play on (Win10, Xbox, Switch, iOS, Android, or PS4) and what version of Minecraft are you using?

Screenshot to see that there are 2 times and 2 player counters. 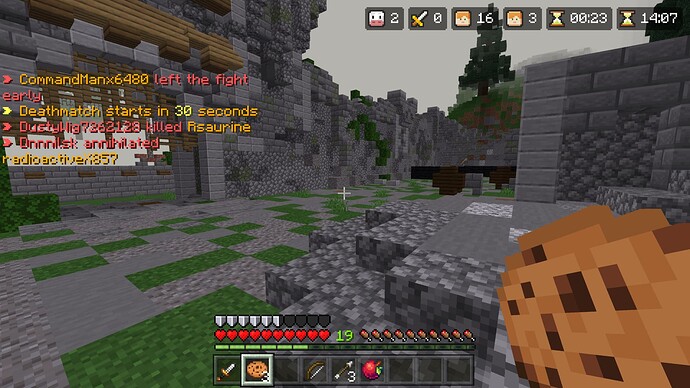 Thanks for submitting a bug report!

Has anyone else experienced this? If so, any additional information would be incredibly helpful

This is the probably cause, when I join the actual server I usually see the same message sent twice, but when I open the chat box it’s only been sent once.

oh
Im surprised I didnt see that lol, thanks.

We believe this was down to a temporary network issue, if you experience anything like this again, please submit another report